Has Egypt failed to secure Sinai? 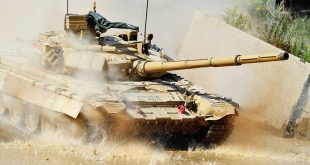 Unknown gunmen killed three citizens in the Sinai Peninsula on July 18, an Egyptian security source was quoted as saying by the German Press Agency (DPA).

Sisi Has New Plans on the Future of PM Madbouly 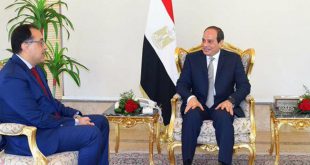 The main decision-making circles of President Abdel Fattah al-Sisi's regime have begun new deliberations on the future of Prime Minister Moustafa Madbouly. The potential reshuffle comes as Egypt's parliament is in the last week of its fourth legislative term that started in October 2018. It's fifth and last term is expected to start this coming October. The General Intelligence Service (GIS), headed by General Abbas Kamel, would like there to be a broad ministerial reshuffle, sources told The New Arab, including a change in prime minister - citing a number of his failures. "He is hardworking and has constructive ideas," the source said, "but he is incapable of seeing them through," claiming that meetings are often plagued by clashes between ministers. It is unclear who would replace Madbouly. Sources told The New Arab that some lawmakers have put forward the Minister of Planning, Hala al-Saeed. As the first woman to potentially head Egypt's government, she is seen a key way to improve the image of Egypt abroad. Saeed in her role as Minister of Planning is also responsible for Egypt's negotiations with the International Monetary Fund, as well as other donors and lender, putting her in a key position. Egypt's government is introducing a range of other cuts on public spending as part of $12 billion bail-out loan from the IMF that Cairo secured in 2016. Others inside Sisi's close circle are looking to other successful minister, such as the Minister of Electricity Mohammed Shaker. Minister of Petroleum Tariq al-Muslla and Minister of Communications Amr Talat, have also been mentioned in light of the growing interest in cybersecurity. Meanwhile, Egypt's parliament on Monday approved amendments to a controversial law that rights groups say imposes strict curbs on non-governmental organisations. Sisi has faced international condemnation for a crackdown on civil society groups since he took power in 2014, a year after the military toppled president Mohamed Morsi. In May, information about a cabinet reshuffle was widely circulated in government circles, resulting in a semi-paralysis of some ministers. Egypt's last cabinet reshuffle took place in June 2018 and included the appointment of Medbouli as Prime Minister. 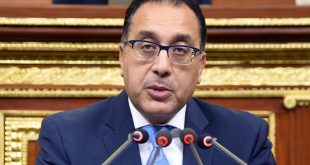 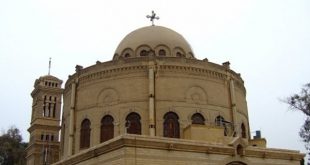 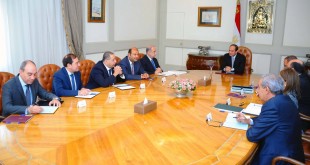 The Egyptian cabinet approved during its meeting on Wednesday the final draft of the law regulating the practices of non-governmental organizations and civil society organizations. 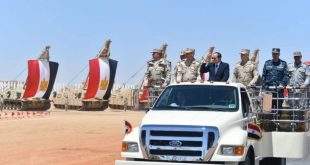 Egyptian President Abdel Fattah Al-Sisi inspected on Tuesday the Mohamed Naguib Military Base, the state-owned newspaper Al-Ahram reported. Al-Sisi visited the base to check its inspection’s procedures and the fighting efficiency at the military base, the newspaper clarified.

According to local Egyptian media outlets, a bill increasing government employees wages and pensions, previously announced by President Abdel Fattah Al Sisi, has been approved by the Egyptian cabinet on Wednesday. 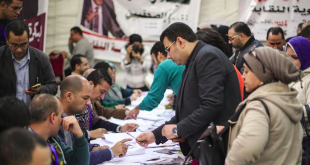 The mid-term elections for Egypt’s Journalists Syndicate on March 15 saw Diaa Rashwan become its head and several new figures join its council. A security source and multiple journalists told Mada Masr that the security apparatus played a role in the outcome.

END_OF_DOCUMENT_TOKEN_TO_BE_REPLACED
ICT and Media Governance
All 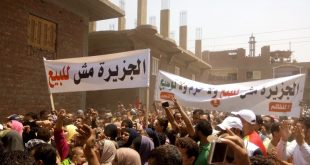 Egypt’s Administrative Court on Saturday ordered the formation of a tripartite committee from the Justice Ministry’s Experts Authority to study two cases filed by residents of al-Warraq Island against establishing a new urban community on the island.

Are Egypt’s newspapers threatened with extinction? 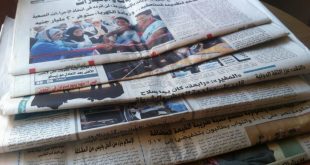 The Egyptian government’s National Press Authority (NPA) is implementing a reform and restructuring plan for national press institutions to pay back their debts accumulated over the years.