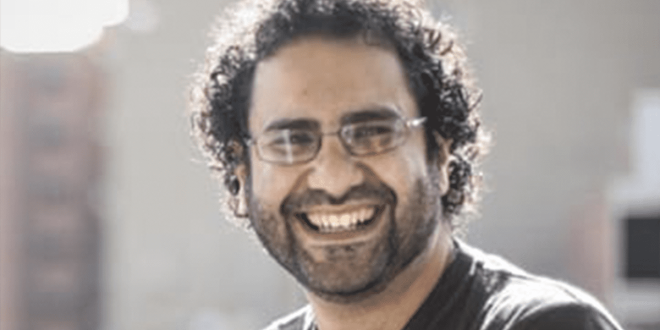 “He was very thin, very frail, but was happy to be back with his family for a moment,” the family said in a statement.

“Alaa deteriorated severely in the past two weeks, but at least they got to see him, and he needed to see the family so much,” she tweeted.

His other sister, Sanaa Seif, who was on the visit, tweeted: “We saw him. He was frail, vulnerable & emotional. All he needed was us around him. But again the visit was behind a glass shield with a phone speaker with little space to understand or communicate.”

Abd el-Fattah was an icon of the 2011 Egyptian revolution and has spent eight of the past 10 years in jail on various charges.

He was last arrested in December 2021, when he was sentenced to five years in prison by an emergency state security court on charges of spreading “false news”, in a trial widely condemned by human rights defenders. The evidence used against him included a retweet.

The activist launched a hunger strike on 2 April, consuming only 100 calories per day.

On 6 November, to coincide with the start of the Cop27 United Nations climate summit taking place in Egypt’s Sharm el-Sheikh, he stopped drinking water and consuming any calories.

He told his family in a note on Tuesday that he had ended the hunger strike.

“The important thing is I want to celebrate my birthday with you on Thursday. I haven’t celebrated for a long time, and want to celebrate with my cellmates, so bring a cake, normal provisions, I’ve broken my strike,” he wrote.

In a lengthy statement on Thursday, the family said that Abd el-Fattah was intimidated by plainclothed officers on 8 November in an attempt to submit him to a medical examination – which he would not do unless his hunger and water strike was officially recorded.

The following day, he smashed his head against a wall repeatedly until he drew blood to force authorities to file an official report on his case and bring in an investigator, they added.

On 11 November, after collapsing in the shower, he was given a lactase solution and glucose using a cannula into his body, as well as honey, a pickle and electrolyte fluid. This was how his hunger strike ended, the statement said.

“He had thought that he would go straight back to [a] hunger strike, but he decided not to, to give his body a small break, to give his cellmates a small break – he could see the effect his ordeal was having on them,” the family wrote.

They added that he had begun to eat of his own will as of Monday, and he “felt alive again” after listening to music for the first time in three years.

“He will have no choice but to resume his hunger strike imminently if there continues to be no real movement on his case.”

UK Prime Minister Rishi Sunak wrote to Abd el-Fattah’s family ahead of attending Cop27, stating that the UK government was committed to his release.

At least 60,000 political prisoners are estimated to have been jailed since Egyptian President Abdel Fattah el-Sisi overthrew Mohamed Morsi, the country’s first democratically elected president, in 2013. 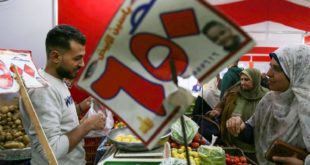