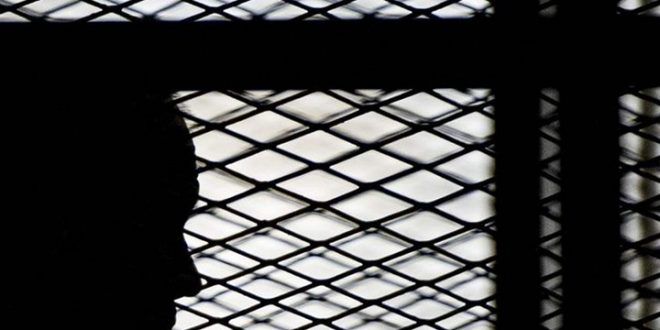 An Egyptian prisoner has died in prison due to medical negligence, less than 24 hours after the death of another detainee in similar circumstances, according to a human rights group.

The family of Magdy Abdu al-Shabrawy, a 58-year-old detained in the Badr prison complex 70km east of Cairo, were informed of his death on Monday, the Egyptian Network for Human Rights (ENHR) said in a statement.

Shabrawy, a bookshop owner from the city of Mansoura, was first arrested on 14 August 2013, the day when Egyptian security forces killed at least 1,000 protesters in a brutal operation to clear pro-democracy protesters in the capital in what has come to be known as the Rabaa massacre.

He was released on bail on 14 March 2014 pending an investigation.

The bookstore owner was later sentenced in absentia on 8 September 2018 on charges related to the Rabaa protests, and was on the run until his eventual arrest in January 2020.

He was initially held in the notorious Scorpion Prison, or al-Aqrab, where human rights groups have alleged detainees were deprived of adequate ventilation, electricity, hot water and visitation.

All prisoners at Scorpion Prison, including Shabrawy, were transferred to the new Badr prison complex earlier this year.

The 58-year-old had suffered from kidney failure in recent months, and his family was unable to give him the necessary medicine due to visitation restrictions, sources told ENHR.

The rights group added that his condition escalated to the point he could no longer eat or drink water, and he was also deprived of sunlight and fresh air.

On Monday, detainee Shabaan Muhammad Sayed died in hospital after being transferred from Qanater prison in Egypt’s Qalyubia governorate.

He had suffered from high blood pressure and his health deteriorated rapidly in custody, according to local media.

ENHR added that 35 Egyptians have died in 2022 due to conditions inside police departments and prisons.

In 2021, 60 detainees died inside Egypt’s prisons, according to the rights organisation We Record.

At least 60,000 political prisoners are estimated to have been jailed since President Abdel Fattah el-Sisi overthrew Mohamed Morsi, the country’s first democratically elected president, in 2013.