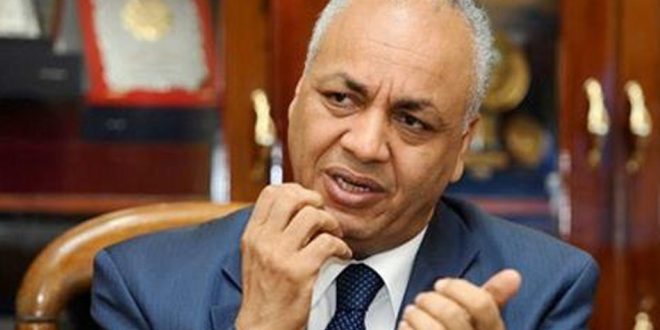 MP Mustafa Bakri commented on the US administration’s suspension of part of the annual military aid to Egypt.

Bakri told RT that the US decision to cut part of the US$ 75 million in American aid to Egypt was due to Egypt not complying with human rights standards, which is a blatant interference in Egyptian affairs even despite the recent release of many prisoners under the presidential amnesty initiative, he added.

He said that there is a remarkable development in the human rights file in Egypt, but Washington is seeking to blackmail Egypt with this file and action, which seeks to achieve political goals by employing it on behalf of US and Israel.

“Despite the difficult economic conditions that Egypt is going through, the issue of dignity, the sovereignty of the homeland and the refusal to interfere in our affairs are among the Egyptian constants,” he said.

“It is better for the US to review its human rights file before talking about others, its intervention in Iraq and Ukraine and its silence on the crimes of the occupation in Palestine which is a disgrace to the American administration,” he added.

Washington provides annual military aid to Egypt with more than one billion dollars, as Cairo is an important regional ally for Israel, said Bakri.

But despite the record achievements of Egyptian President Abdel Fattah al-Sisi in the human rights file, human rights organizations say that Sisi killed, imprisoned and tortured opponents and critics of the Egyptian government.

The Congress paid $300 million of aid in past years conditional on the Egyptian government showing progress in the human rights file, although the US State Department can cancel this condition, and it has done so often, he added.

Congressional conditions for some aid to Egypt come as an annual public test of US administrations balancing strategic interests and human rights.

The Biden administration said last month that it plans to give Cairo part of the aid, which is $170 million out of $300 million .

The Human Rights in Egypt Report 2021 condemned unlawful or arbitrary killing, including extrajudicial killing by the government or its agents, and by terrorist groups.

It condemned enforced disappearance by state security, torture and cases of cruel, inhuman or degrading treatment or punishment by the government, harsh and life-threatening prison conditions, arbitrary arrest, political prisoners and detainees, politically motivated reprisals against individuals who are in another country.

This includes overly restrictive laws on the organization, financing, or operation of NGOs and civil society organizations; Restrictions on freedom of movement, including travel bans on human rights defenders, journalists and activists.

The report condemned serious and unreasonable restrictions on political activity, serious government restrictions on domestic and crimes involving violence or threats of violence targeting lesbian, gay, bisexual, transgender and intersex persons, and the use of the law to arbitrarily arrest and prosecute such persons.