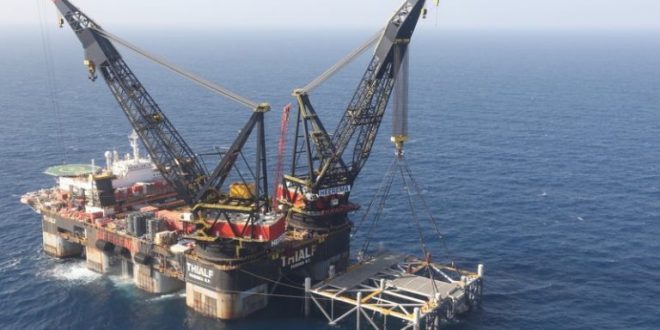 Europe should be working with Middle East countries to incorporate them into a broader regional energy grid in order to transition to clean, renewable energies, a leading economist said on Tuesday.

Jeffrey Sachs, director of the Center for Sustainable Development at Columbia University, spoke during an event at The Atlantic Council ahead of the 27th annual UN Climate Conference, known as COP27. The UN meeting will take place next month in Egypt’s Red Sea resort, Sharm el-Sheikh.

Sachs highlighted that the Middle East and North Africa are going to be, and in some ways already are, hit hardest by the effects of climate change.

At the same time, the region is well-placed to be at the forefront of the energy transition, given it has huge potential for certain renewable energies, the most apparent being solar energy.

“This region has to make a massive energy transformation and, at the same time, combat an absolutely serious and potentially devastating set of impacts from climate change. And to make the energy transition is really only feasible in a broader regional context.”

“We should have Europe negotiating with the Middle East and North Africa for incorporating those regions into a broader grid.”

Sachs said that meetings like COP, where world leaders will meet together in person, should focus on negotiating the legal frameworks that will pave the way for connecting Europe and the Middle East’s energy.

The region is already experiencing some of the worst effects of the accelerating climate crisis, with wildfires, floods and earthquakes coming at an increasing rate and intensity in recent years.

At the same time, large parts of the region are dependent on fossil fuel extraction and there is widespread resistance to transformative climate action in royal palaces, company boardrooms and government offices.

The economist noted that geopolitics is a major hindrance in efforts to combat climate change.

Fighting for a green future

Speaking at the event on Tuesday, Yasmine Fouad, Egypt’s climate minister, said that Egypt has been working across all sectors of its government towards a green transition, and called on other countries to follow suit.

“We cannot fight the climate only if we keep ourselves locked in our rooms talking about the same matters.”

About 90 heads of state have confirmed attendance for the climate conference in Egypt, which will take place from 6-18 November, according to an Egyptian official.

Cairo is using the conference to prioritise the interests of developing nations and their need for financing to adapt to the impacts of climate change.

For the summit’s formal agenda, the host country is working on how to include “loss and damage” compensation to climate-vulnerable countries already suffering from climate-related weather extremes.

Despite the efforts by the Egyptian government, climate activists in the country say that authorities are creating an “atmosphere of fear” by curtailing the rights of environmental groups and their ability to carry out their work of protecting the environment.

Human Rights Watch released a report earlier this month that included interviews with activists and academics who said that President Abdel Fattah el-Sisi’s government is harassing and intimidating environmental workers, including by arresting them and criminalising their work.

Many environmental groups told HRW that they are being cautious about the climate conference, fearing that the Egyptian security apparatus could crack down on them once the gathering is over.

International Relations and Cooperation
All
2022-10-07
asaeid
Previous Libya crisis: Are Qatar and Egypt crafting a deal?
Next Why are more Egyptians taking to the Mediterranean?