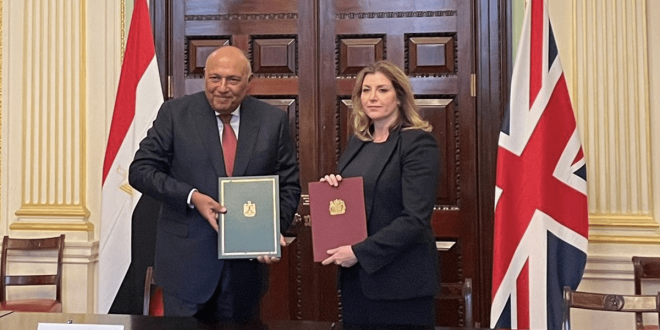 Activists criticise $100m of British investment in Egypt as ‘greenwashing’

Activists are speaking out online about the announcement that British International Investment (BII) is financing local start-ups in Egypt to the tune of $100 million.

The BII, which is backed by the British government, describes itself as an investment partner to businesses, which supports companies in developing countries grow.

Delighted to launch @BritishIntInv and reaffirm our commitment to businesses in Egypt at a reception in Cairo this week. Over our current strategy period, we’ll be investing $100 million to support local start-ups: https://t.co/oPZ1LX6fQR @UKinEgypt

In the same announcement, the UK’s development finance institution reaffirmed its commitment to strengthening ties with Egypt and increasing climate finance to support the country’s green growth.

“Egypt is one of BII’s priority markets given the growth potential this country has to offer. BII’s investment deals, whether in financial services, health, or clean energy, illustrate the strength of the UK-Egypt trade and green partnership,” Gareth Bayley, the British ambassador to Egypt, said.

“I wish the UK’s development finance institution every success, as it supports Egypt’s green transformation ahead of COP27 in November.”

The announcement comes ahead of the UN climate summit set to be held in Egypt’s Red Sea resort of Sharm El-Sheikh this November.

Activists and key figures have criticised the choice of Egypt as host given the country’s history of human rights violations and severe repression on civil society, which is essential in pressuring governments to implement meaningful climate change measures.

Egyptian authorities have been accused of greenwashing human rights abuses in the country through the conference and using it as an opportunity to syphon off money from richer countries.

UK government (as are many other Western governments and EU institutions) is #greenwashing Egypt’s totalitarian state. #SisitotheICC @UKinEgypt #COP27 https://t.co/8HSYMG5UW1

At the centre of the criticism has been the ongoing imprisonment of 60,000 political prisoners by the Egyptian government.

One of them is the British-Egyptian blogger Alaa Abdelfattah who is on hunger strike to protest his ongoing detention.

A British man is dying in your prisons? You are not allowing us to even visit him? A 10 year old boy will be orpahned?!
Who cares! @UKinEgypt @FCDOGovUK will invest millions more in #Egypt and its wonderful green transformation process via prisons bridges 👏👏👏
Don’t #SaveAlaa pic.twitter.com/ELlkI8dZtn

Alaa has been held in terrible conditions, including not being allowed out of his cell, or being allowed to know what time it is. Alaa has a ten-year-old son and is serving a prison sentence for “spreading false news.”

#SaveAlaa #FreeAlaa
Rather that putting pressure on Egypt government to comply the international human rights standard, UK government is giving millions of dollars to its dictator. @sherifmnsour
@mmsabry @monaeltahawy https://t.co/UKah9CBI7y 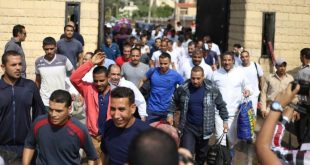