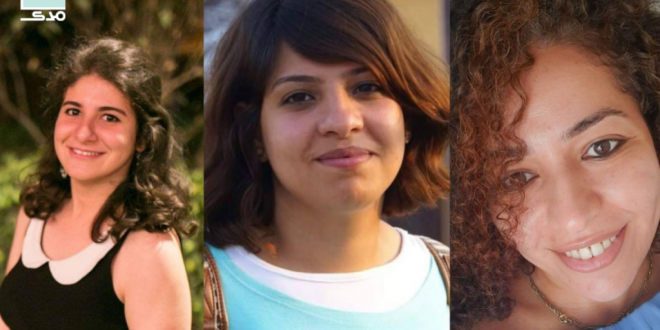 A number of Nation’s Future Party MPs have filed dozens of complaints against three Mada Masr journalists and against the chief executive at police stations across the country, according to legal paperwork and sources close to the party who spoke to Mada Masr on condition of anonymity.

Mada Masr’s defense team reviewed the texts of the complaints that were filed and found that all use identical terminology, accusing journalists Rana Mamdouh, Beesan Kassab and Sara Seif Eddin of spreading false news, among other charges. Nation’s Future Party members have leveled charges at Mamdouh, Kassab and Seif Eddin since their names were recorded as contributors to the August 31 edition of Mada Masr’s Arabic language news bulletin. However, none of the three reporters contributed to the report contained in the same bulletin edition that prompted the Nation’s Future Party, which is closely linked to the government and holds a majority in both parliamentary houses, to issue a denial on September 1. The report in question stated that government oversight bodies had monitored instances of “gross financial misconduct” that implicated leading members of the party and would lead to them being distanced from their official roles.

On Saturday, Mada Masr learned that at least one of its journalists had been summoned for interrogation by the Luxor prosecution based on a complaint filed there. The filing of the complaint in Luxor indicated to Mada Masr’s defense team that other complaints had likely been filed nationwide, in what is an old tactic aimed at increasing pressure and obliging the subjects of the complaints to appear before different prosecutors, which has been confirmed today.

Mada Masr’s defense team intends to petition the public prosecutor to merge the complaints into one investigation in order to avoid parallel proceedings before different investigating bodies. The defense team also intends to submit a memorandum to the Journalists Syndicate today requesting the presence of a legal representative during interrogation.

Journalist Rana Mamdouh, who specializes in legal and political affairs, began her reporting career in 2007 working with Egypt’s Al-Dostour newspaper. She later contributed to Al-Tahrir, Al-Maqal and Lebanon’s Al-Akhbar and Assafir Al-Arabi newspapers. She joined the Mada Masr team in 2018, soon becoming one of the country’s leading journalists.

In 2016, following Egypt’s cession of sovereignty over the Red Sea islands of Tiran and Sanafir to Saudi Arabia, one of Mamdouh’s reports was referred to by the Supreme Administrative Court in the documentation of its decision to accept an appellate court contest to the validity of ceding the islands. The report, published in Al-Maqal, noted that Major General Mamdouh Shaheen, then-deputy defense minister for legal and constitutional affairs, had met with the head and general secretary of the State Council at its headquarters the day the verdict was announced, despite Shaheen being one of the parties implicated in the case.

Beesan Kassab, who focuses on economic coverage, has written for Mada Masr since 2016 on subjects ranging from finance, energy and political economy to gender, labor struggles and the environment. Over that time, Kassab has deployed sharp insight and critical analysis to help shed light on major milestones in Egypt’s political economy, including the 2016 currency liberalization and economic policy adjustments that came with the IMF loan. Before joining Mada Masr, Kassab wrote for various outlets including Lebanon’s Al-Modon, Al-Akhbar and Assafir Al-Arabi, as well as Egypt’s Al-Dostour, Al-Shorouk and Al-Tahrir. Kassab also contributed chapters to Egypt’s New Owners (Dar Al-Maraya, 2018) and Who Are Taxes For? (Dar Al-Maraya, 2019).

Sara Seif Eddin began her career as an intern with the privately owned Al-Shorouk news outlet in 2019, before joining Mada Masr as a trainee and quickly assuming a key position on the economics team. Since joining Mada Masr, Seif Eddin has contributed essential reporting from the daily news beat to deep dives, features and analysis, providing accessible breakdowns of complex economic phenomena, probing developments in the finance and labor sectors both in Egypt and further afield. Building from a facility for navigating economic affairs and keeping pace with fast-changing developments, Seif Eddin has worked to examine economic issues and innovations in the regulatory environments with a fresh perspective, from capital markets to labor and issues of geopolitical importance, including developments in the natural gas file. Seif Eddin also contributed a chapter to Who Are Taxes For? (Dar Al-Meraya, 2019).

ICT and Media GovernanceJustice
All
2022-09-04
asaeid
Previous Egypt: How ‘smart crops’ are used to mitigate effects of climate change
Next ada Masr faces crackdown by Egyptian government once again for report on corruption 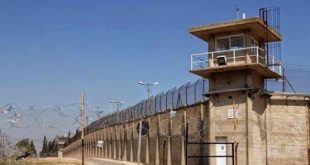