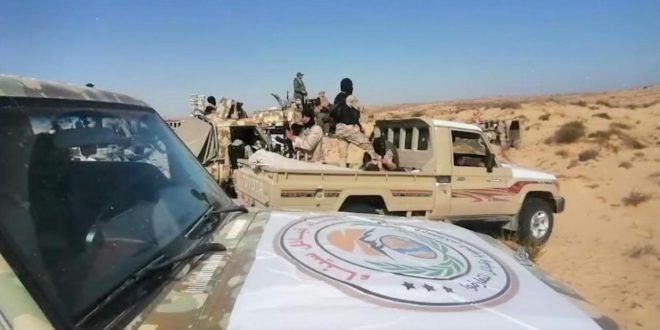 Videos have emerged appearing to show pro-government paramilitary forces in Egypt’s war-torn North Sinai killing alleged militants, including one minor, after arresting them.

One video shows a boy, confirmed by tribal sources to be Anas Al-Tiyaha, a 16-year-old member of the Al-Tiyaha tribe. He can be seen in the video wounded and lying on his stomach, possibly following an explosion, with his right hand torn. He can be heard being interrogated by a man about the frequency of his handheld transceiver. He is later seen being shot with three bullets in the head.

The video was released on 20 August, but the operation took place in the first week of August, tribal sources told Middle East Eye.

Another video shows the execution of a man in his mid-30s, wearing a white jalabiya with his hands tied behind his back. He seems to be begging his captors not to shoot him, as he can be heard saying “Please have mercy on me. God, please have mercy,” before he is shot four times.

The videos were first published on the Telegram social media channel linked to the Union of Sinai Tribes (UST), a pro-government paramilitary faction. The UST fights alongside Egypt’s military against Islamic State group (IS) militants in the Sinai Peninsula’s north, a bloody eight-year campaign that has uprooted thousands and left many towns and villages pulverised.

In earlier footage, the man in the white jalabiya, whom tribal sources said they had identified but declined to tell MEE his name, can be seen along with another person surrendering as he walks half-naked and barefoot towards a group of paramilitaries and soldiers. The caption to that video, which was published on 13 July, read: “The message is clear and it is saying to the rats in their hideouts, ‘You will not have peace’. With every drop of blood of our heroes, necks will fly.”

A fourth video shows an elderly man, whom tribal sources identified as Abu Tarek, a mid-ranking member of IS. On 2 July, pages affiliated with different pro-government paramilitaries published a video of Abu Tarek being interrogated by members of the military and paramilitary fighters.

Abu Tarek can be seen wearing a blue vest. In a later post by the Telegram channel of the Bir al-Abd Union paramilitary, pictures of the same man after he was shot dead were posted, with a caption that read “annihilation done”.

One source from the al-Sawarka tribe in Sinai told MEE that the video of Tiyaha’s killing has caused outrage among the region’s tribes. He said that earlier this week, a high-ranking delegation from the military intelligence, accompanied by some MPs, visited several tribes to calm them and assure them of the benefits they will gain after the defeat of the IS insurgency.

No Egyptian media outlet has reported on the videos. A military source told MEE that the footage is being investigated, but it refused to confirm or deny the content. The source, however, said that there is some “distress” among high-ranking officials regarding the behaviour of the UST, including the paramilitary’s use of social media to post about its activity and operations, citing its “lack of discipline”.

Aida al-Sawarka, an MP representing North Sinai and a member of the al-Sawarka tribe, which is broadly supportive of the military, described the videos as “counter-propaganda” that is produced by IS to negatively affect morale among tribal fighters.

“In any war, there is the physical front and there is the psychological front. Daesh [IS] is trying to win the points by fabricating events and spreading lies,” she told MEE.

The MP, who is also a member of the parliamentary defence and national security committee, said that any “military activity” by the UST is coordinated by the military intelligence apparatus.

“The Union and the military have been coordinating in all raids and ambushes, and have even called upon members of the terrorist group to surrender with the promise they and their families will be granted amnesty.”

She cited 26 cases where Islamic State militants have surrendered, either alone or with their families, in the month of July alone.

North Sinai residents have borne the brunt of the eight-year-long campaign in the region between Egypt’s armed forces and Sinai Province, the local branch of IS. Militants first began staging attacks in 2011, while associated with al-Qaeda. Later, they pledged loyalty to IS, and began to be known as Sinai Province.

Death tolls in the conflict are not publicly available, but according to a count compiled by independent researchers who maintain anonymity for their safety, more than 1,500 military personnel were killed between 2011 and June 2018.

Meanwhile, Human Rights Watch believes that over 100,000 of North Sinai’s 450,000 residents have been displaced or left the region since 2013.

Since 2017, when Sinai tribes began arming and working closely with the military to defeat IS, paramilitary groups have been involved in ambushes and raids against militants, as well as gathering intelligence.

Fighting is currently intensifying in North Sinai, in the Jilbana village close to the Suez Canal. The Egyptian military sustains casualties almost weekly. However, heavy censorship means no local media outlet is allowed to publish news related to the military.

Nevertheless, the military casualties receive military funerals in their hometowns. According to military sources, the latest soldier killed was Mahmoud al-Harabawi, an officer who died on 23 August in Jilbana. Harabawi served in the elite Thunderbolt 103 unit, which is spearheading the offensive in the area.

Calls for inquiry into ‘extrajudicial killings’

Commenting on the videos, London-based Sinai Foundation for Human Rights called on Egyptian authorities to “open an immediate, independent and transparent investigation into these killings and all previous extrajudicial killings, and bring the perpetrators to justice.

“The authorities should also send clear and unambiguous orders and instructions to all tribal groups who are armed by the Egyptian army and engaged in the fighting in recent months that armed action must be carried out in accordance with the law, that violations are unacceptable, and that perpetrators of violations will be held accountable,” the rights group added.

This is not the first time Egyptian forces have been accused of extrajudicial killings during the “fight against terrorism”.

In May 2018, a video allegedly showing Egyptian soldiers executing a young man in the Sinai Peninsula sparked criticism from activists, who say the army is fighting in the area “under complete secrecy”. However, the incident was not investigated either by the public prosecution or the military prosecution. 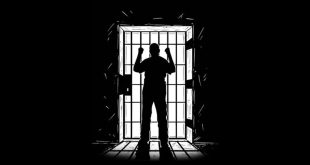 Without a trace: extrajudicial detention continues in Egypt

Islam Ahmad Khamis is a young Egyptian in his thirties. For seven years, his mother …