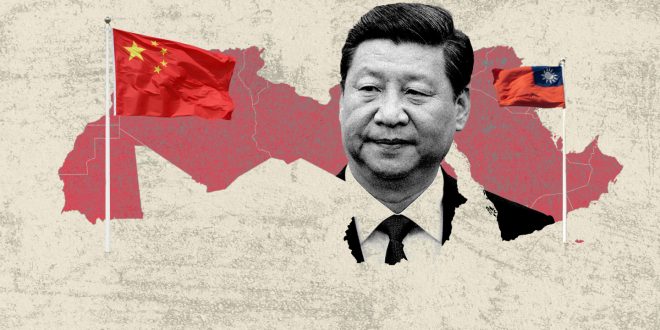 The recent visit by US House Speaker Nancy Pelosi to Taiwan sparked controversy in some quarters and inflamed already strained relations between the US and China.

The majority of the international community expressed concerns about the visit and the possible consequences of the provocative political move.

Pelosi’s visit triggered a series of retaliatory responses from Beijing, which viewed the American diplomatic action as a threat to its sovereignty and security interests. Beijing views Taiwan as a part of China, while Taiwanese leaders claim that it is a sovereign state.

As a result, the Chinese government announced sanctions against Pelosi and her immediate family and halted cooperation with the US on a range of issues, including talks on tackling climate change as well as military dialogue. China also performed military drills in six exclusion zones surrounding the main island.

The Pelosi visit was received internationally with fear and hesitation, sparking fears that the world may face another major conflict alongside the ongoing bloody war in Ukraine. As a result, opinion among China and America’s global allies was divided.

Arab states remain committed to the ‘One China’ principle

Shortly after Pelosi’s visit, the United Nations reiterated its support for the one-China principle, saying that it follows the UN General Assembly Resolution 2758 of 1971.

In a similar vein, the Arab League declared its support for China and its Secretary General Hossam Zaki explained that the league’s stance “is based on upholding China’s sovereignty and territorial integrity and firmly adhering to the one-China principle.” Syria and Iran also condemned Pelosi’s visit, as well as Egypt and the UAE.

Only fourteen states, all with limited political, economic, or strategic importance, recognise Taiwan as a sovereign state.

As such, it should not come as a surprise that the international attitude, including that of Arab states, rejected Pelosi’s visit, explained Naser Al-Tamimi, a UK-based political economist focused on Middle East relations with China and Senior Associate Research Fellow at the Italian Institute for International Political Studies.

“That visit was criticised by influential voices within the United States itself and Europe as being provocative and doing more harm than good,” he told The New Arab.

Therefore, Arab countries, like much of the rest of the international community, had no intention of siding with Washington and provoking China. In fact, relations between China and the countries of the Middle East have always been based on recognition and support for Beijing’s “One China” policy.

Nevertheless, such a stance is unlikely to affect relations between GCC states and Washington, which have become increasingly cold in recent months, explained Dr Mordechai Chaziza, a senior lecturer in politics and governance at the Ashkelon Academic College.

While the Taiwan episode, “can add to the unpleasant atmosphere, it will not lead to further deterioration of relations,” Chaziza told The New Arab.

Last month, President Biden paid a visit to the Middle East where he, among other things, tried to fix the US’s shaken image among Arab Gulf allies. But opinions on how successful he was greatly vary.

According to Robert Mason, a Non-Resident Fellow at the Arab Gulf States Institute in Washington, President Biden’s visit to the Gulf was “not about image but about outcomes, based on his limited list of deliverables”, and the visit was “neither a success nor a failure”.

He recalls that Saudi Arabia responded to the visit by temporarily increasing oil production, signing economic and security agreements, and allowing overflights from all countries, including Israel.

“There is still some way to go building trust bilaterally, reconciling values and pragmatic engagement, and establishing the extent to which the US is willing to make concessions in order to enhance its relations with these states,” Mason told The New Arab.

On the contrary, Chaziza thinks that Biden’s visit to the Gulf was a failure, except for an expected success in Israel, and “it can be clearly said that the USA failed to divert the Gulf countries back from China as most of the important American requests were rejected outright or indefinitely”.

Recent developments have contributed to a growing perception that China’s influence has surpassed that of the US in the region. For decades, the US has been the dominant ally to the GCC, but Chaziza observed that the region occupies a space where China has sought to forge close ties with emerging regional powers to secure access to vital energy resources, expand its commercial reach, and enhance its political influence.

“Beijing and the national governments in the Gulf region have expressed intentions of cooperation through the Belt and Road Initiative and the latter’s national development plans, such as Saudi Arabia’s Vision 2030 and Qatar’s National Vision 2030, and Oman’s Vision 2020,” he noted.

However, Mason believes that the nature of Sino-GCC ties is less about strengthened Chinese influence and more a result of accumulated irritants building between the US and some GCC states that underscore uneasiness about the US as a reliable ally.

The US’s ‘Pivot to Asia’ policy, support for the transition in Egypt during the Arab uprisings, policy on Syria, the nature of its diplomacy with Iran, the chaotic withdrawal from Afghanistan, criticism over the war in Yemen, and strained relations after the murder of Jamal Khashoggi are some of the notable issues that have created serious obstacles to dialogue, particularly between Washington and Riyadh.

Conversely, the preparations around the forthcoming visit of Chinese president Xi Jinping to Saudi Arabia are quite telling. The gala reception awaiting the Chinese president would be in stark contrast to the very modest and formal reception of US President Biden last month.

Despite the pressure that the US has exerted on its allies to limit cooperation with China, Chaziza thinks that there will be no major actions against Gulf states. The Biden administration is still keen on improving relations with GCC states, and putting additional pressure on them would not be wise.

In this sense, some deals are more negotiable than others, Mason explained. While the UAE reacted quickly to US concerns about a possible Chinese military facility being constructed on its territory in 2021, they have not budged on the issue of technological cooperation with China.

“Washington has shown that, depending on the issue, it is generally able to exert pressure and lobby effectively for its interests,” Mason explained. On the other hand, it is also true that “the key to rising GCC state autonomy lies partly in working with Beijing and Moscow, and so the chances of these relations being dropped wholesale is remote,” he added.

In this context, security cooperation remains the strongest leverage that the US has in its relations with Gulf states, Chaziza said.

Gulf states themselves want balanced relations between China and the US, but their ability to remain neutral, according to Al-Tamimi, varies from one country to another.

So far, both Saudi Arabia and, to a large extent, the UAE have shown their capabilities to withstand Western pressure, particularly amidst their increased economic importance on the world stage, and especially after the Russian invasion of Ukraine.

“Countries such as Saudi Arabia and the UAE can, at least in the short and medium term, maintain good relations with the two superpowers, the United States and China, despite the current difficulties,” Al-Tamimi concluded.

International Relations and Cooperation
All
2022-08-19
asaeid
Previous Stop Funding Sisi’s House of Cards: As the Egyptian president spends on projects of questionable value, the people are suffering
Next Lights off in Egypt to rationalize natural gas consumption