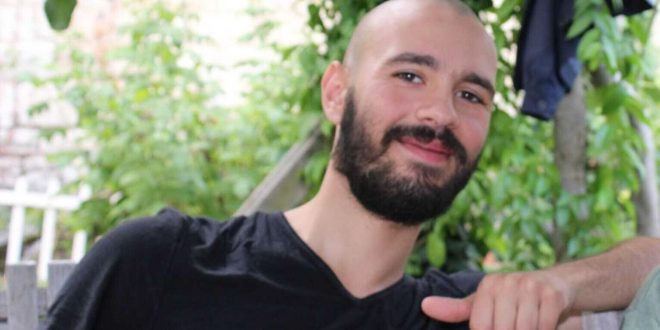 The family of a young Frenchman who has been missing in Egypt since the summer of 2021 is fighting to discover his whereabouts.

As Egyptian President Abdel Fattah el-Sisi landed in Paris on Friday to meet his French counterpart Emmanuel Macron for a bilateral summit, the family spoke out over their ordeal.

Yann Bourdon, a 27-year-old French national, was in Cairo in August 2021 when he lost contact with his family while exploring Egypt’s tourist landmarks and cities.

For nearly a year, his mother, Isabel Leclercq, has received no information from the Egyptian and French governments to reassure her about the fate of her son.

“We went to Cairo and we tried to speak to everyone, and we asked the Egyptian National Security Agency to meet us, but they refused,” Leclercq, 57, told Middle East Eye after a protest in Paris. “We are not getting any answers at all, neither from the Egyptian authorities nor the French authorities.

“We feel totally alone in this. We are completely dismayed by the lack of responses.”

The Committee for Justice, a Geneva-based rights group, said Bourdon’s case may amount to “enforced disappearance”. It has submitted a complaint to the United Nations Working Group on Enforced or Involuntary Disappearances, to urge the UN to pressure Egypt and France to hold transparent investigations.

According to the family’s account of Bourdon’s disappearance, shared with the CFJ, he was a student of history at Sorbonne University in Paris when he decided in the summer of 2020 to travel across Europe, to take a break from his studies.

Bourdon arrived in Istanbul on 24 July 2021, and from there booked a flight to Sharm el-Sheikh in northeastern Egypt, with a view to exploring the country and its historic sites.

On the morning of 25 July, his plane landed at Sharm el-Sheikh airport. He visited the resort town, located between the desert of the Sinai Peninsula and the Red Sea, and climbed Mount Sinai, visited Saint Catherine’s monastery, and spent time with locals who lived in the surrounding villages. Bourdon hitch-hiked between cities, and throughout his trip he would send emails to his family every time he had access to a public WiFi.

The last detailed email Bourdon sent his family was on 28 July 2021, when he said that he was going to the city of Suez to meet an off-duty police officer who wanted to “talk to him”. The officer told him that he was returning from his holidays and that he could give Bourdon a ride to Cairo.

The officer dropped Bourdon at an underground station in central Cairo. Before allowing him to leave, the police officer invited Bourdon to join him for dinner with some friends. Bourdon agreed, and joined them on the night of 28 July. On 4 August, Bourdon replied to his sister’s last email, confirming to her that he would write to the family soon. But they have not heard from him since.

“My son told us in an email that the police officer gave him a ride to Cairo. He was invited to have a drink with his friends that night, and since then he hasn’t messaged us,” Bourdon’s mother told MEE.

When Bourdon missed his mother’s birthday, in September, the family began to feel genuinely worried. “He never missed the birthday of any member of his family,” CFJ said. Then, in November, he failed to reach out to his sister for her birthday. So the family decided to take action.

CFJ denounced Sisi’s visit to France, saying it took place “despite the ongoing human rights violations committed by the Sisi government not only against its citizens but also against foreign nationals on its soil”.

Bourdon’s family contacted the French authorities on 24 November, which prompted the police to open an official investigation into his disappearance. French police were able to locate his last financial transactions, using his credit card at a cash machine close to the Sadat metro station in Tahrir Square in Cairo. The transactions were four consecutive cash withdrawals on 7 August.

Egyptian authorities had argued that Bourdon left the country, only to admit last March that he was on Egyptian soil at the time of his disappearance, after they checked flight records and his passport number.

In May, his family travelled to Egypt to meet the Giza attorney general, who could not give details of Bourdon’s whereabouts.

CFJ said that Bourdon’s case is similar to the disappearance and killing of Giulio Regeni in 2016, whose body was found in a ditch in Cairo.

The rights group also called for an investigation into the identity of the off-duty police officer whom Bourdon came into contact with, and called the Giza prosecution to supply a copy of the surveillance camera footage from the bank where Bourdon made his last financial transactions.

“We are demanding France to induce the government of Egypt to transparently investigate the disappearance of Yann Bourdon; to be open and transparent in their investigation and to do it in good faith,” Sarah Sakouti, legal and human rights officer at CFJ, told MEE.

“A lot of facts prove that the family can get at least the videotape from the CCTV from the bank, showing the person who emptied Yann’s bank account on 7 August 2021,” she said. “It was four consecutive withdrawals of money. We don’t have the evidence to prove these kinds of facts. Why? Because the Egyptian authorities are not working hard enough, if at all.”

Hundreds of people have been victims of enforced disappearance while in government custody since Sisi became president in 2014, the CFJ said in a report last year.

Human Rights Watch has accused the Sisi government of overseeing one of the worst human rights crises in the country’s modern history, with thousands of Sisi critics jailed for indefinite periods without trial and many tortured in police custody, with near or total impunity for those responsible.

International Relations and CooperationSecurity Forces
All
2022-07-22
asaeid
Previous The surveillance threat to MENA’s journalists
Next China emerges as an arms supplier of choice for many Middle East countries, say analysts