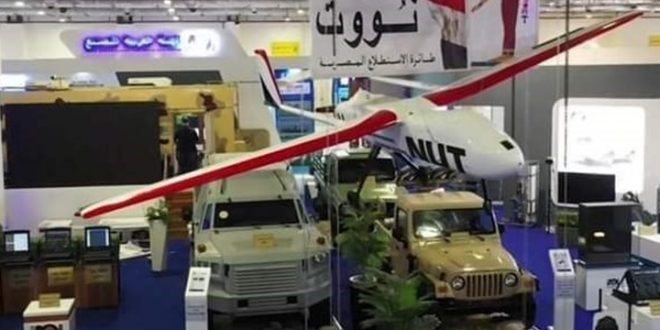 China emerges as an arms supplier of choice for many Middle East countries, say analysts

China is expanding its arms exports beyond Asia to the Middle East and North Africa, as Russia remains focused on its invasion of Ukraine and congressional obstacles in Washington limit exports of US weapons to some countries in the region.

“[China is] emerging as the secondary arms supplier of choice for many Middle East countries,” Nicholas Heras, deputy director of the human security unit at the Newlines Institute for Strategy and Policy, told Middle East Eye.

The combination of price point and industrial capacity are big selling points for Chinese weapons to international customers.

“The Chinese have worked hard to develop a global market for their weapons, offering customers around the world with competitive prices on both hardware and maintenance costs, plentiful upgrade potential for weapons systems, and relatively effective weapons,” he said.

For Middle East clients, purchasing Chinese weapons can reduce their political dependence on the United States and Europe while providing an inexpensive means to stockpile their arsenals.

Heras noted that the Russia-Ukraine war has allowed China to fill an arms vacuum globally, not just in the Middle East.

Prior to Russia’s invasion of Ukraine, China was already expanding its market share in the Middle East, and that trend seems set to accelerate well into the future, he said.

China has sold its locally-built Chengdu J-10C fighter jets to Pakistan and its FK-3 air defence missile systems, the export version of its HQ-22 system, to Serbia in two landmark deals this year.

Despite these deals, Beijing is having trouble “making inroads into the high-end, high-prestige weapons system market that includes aircraft, advanced sensors, and area denial defensive systems”.

Chinese manufacturers of high-end weapons systems face a deficit of trust combined with a lack of field testing in conflict zones. American, European, Russian and even Turkish weapons systems have greater experience in that regard, Heras argued.

“For the time being, China is growing its market share for weapons sales in the Middle East, but to truly break into the high-end weapons market, it will take a war featuring high-end Chinese weapons outperforming competitors.”

With Russia embroiled in the war in Ukraine, its military will likely face supply chain issues for years to come. This not only limits Moscow’s ability to manufacture military hardware for its clients but also constrains its ability to supply existing operators of Russian military hardware with spare parts and other services.

However, this doesn’t necessarily mean that regional countries that buy Russian hardware will now switch over to Chinese hardware.

“For countries that do buy Russian equipment, like Egypt, Algeria, and Turkey, switching over to Chinese military equipment might not be preferable in all cases since it would require retraining and new integration with those platforms,” Bohl told MEE.

“Small arms and relatively unsophisticated systems are more easily switched out, though, in Egypt and Turkey’s case, they would prefer Nato or indigenous equipment rather than switching over to China.”

Algeria has been a significant importer of Russian military hardware for decades and will, therefore, most likely feel the effects of Russian supply chain issues much more acutely than other Mena countries. But, according to Bohl, that doesn’t mean Algiers will turn to Beijing for its military hardware.

“Algeria might be willing to buy some Chinese equipment in the face of sustained Russian interruptions, but even so, Algeria would be slow to adopt Chinese military equipment because of the hurdles of integrating them with their own armed forces,” he said.

Bohl predicts that China will most likely set its sights on the Gulf Arab states, especially Saudi Arabia, the United Arab Emirates, and Qatar, for high-end arms sales since these states have vast financial resources and seek to diversify their military arsenals.

Here too, Beijing should expect significant limits to what it can realistically achieve.

“With the United States now rumored to be offering new types of security arrangements with these states and China still far from replacing the US as a security guarantor in the region, the purchases they do make are likely to be symbolic and designed not to antagonize the US,” Bohl said.

Bohl adds that they will be required to consider both America’s CAATSA (Countering America’s Adversaries Through Sanctions Act) law as well as the time and training necessary to switch over to Chinese systems.

“Moreover, buying from the US also buys influence in Washington, helping cement the US defense ties with the Gulf Arabs to protect them from Iran,” he said. “Regardless of how much Chinese gear they buy, Beijing is very unlikely to protect the Gulf Arab states from Iran.”

China may benefit from its competition with Russia from the Ukraine war, which exposed the limitations of Russian military hardware and made its hardware look relatively more attractive. However, this isn’t likely to translate into significant sales.

Egypt, which bought Russian jets and other high-end hardware over the past decade, is a major recipient of US military aid – meaning it’s unlikely to seek China’s Chengdu J-10C fighter jets or other advanced Chinese military hardware for fear of losing this aid.

“Algeria might be open to such purchases, given that it’s not reliant on the US for security or military support, while other Gulf Arab states like the UAE and Saudi Arabia could buy token amounts of these systems to signal to the US that they may diversify away from Washington if their defense demands aren’t met by the Americans,” he said.

Ahmed Aboudouh, a non-resident fellow with the Middle East programmes at the Atlantic Council, said that China’s arms sales to the Middle East “are still eclipsed by the huge deals of weapons purchases from the US and other western powers.”

Nevertheless, Beijing’s sales have “gradually built up” in the past few years. Aboudouh believes there are two main reasons for this increase.

“First, they come with no political strings attached to them, especially regarding democracy and human rights status in these countries,” he told MEE. “Second, they provide regional states with affordable high-tech weaponry, some of them are considered the equivalent of US weapons systems.”

“The reason is buying weapons from China, for many Middle Eastern countries, is a decision directly linked to the tide of their relationship with the US and not simply subject to practical considerations,” he said.

China has previously taken opportunities in the Middle East to sell certain countries weaponry that the West has proven reluctant to do so.

When the US refused to export drones to close allies, Beijing stepped in and readily sold armed drones to various regional countries including the UAE. Chinese-built Wing Loong II drones in particular were used in the conflicts in Yemen and Libya.

In the 1990s, it helped Turkey develop its ballistic missile programme, enabling Ankara to develop a substantive arsenal based on Chinese designs.

Before Turkey made its ill-fated decision to buy S-400 air defence missiles from Russia, it had a $3-4bn tender for a project with China to develop a long-range missile defence system that was ultimately cancelled in 2015.

However, China has yet to sell J-10C jets, advanced fighters, or systems such as the HQ-22 to Mena countries. And for various reasons, it is not likely going to win deals for such hardware.

“They seem more interested, however, in Chinese drones and air defense systems as well as China’s technical expertise to help regional military powers develop their own ballistic missile program,” he added.

Other states stepping up

With the US pressuring its Middle East partners to curtail cooperation with China in security domains, including arms sales, Aboudouh said the prospect of Chinese experts helping other US strategic partners develop ballistic missiles was “unlikely” for the foreseeable future.

“This owes in large part to a desire by influential regional states to show their increasing awareness about the US sensitivities around deepening security ties with China and a desire to avoid its negative implications for their partnerships with Washington,” he said.

“Additionally, this is part of their hedging strategy, which sometimes, in their view, could be useful in insulating the Middle East from being embroiled in great power competition between Washington and Beijing, and what this entails for their future security and economic interests.”

Bohl also pointed out that China’s willingness to supply ballistic missiles and sell drones without strict end-use requirements, unlike the US, gives it an advantage.

“These two areas are the most likely areas in which MENA-Chinese arms ties could grow, especially as the US is currently reticent to impose CAATSA sanctions on these allies in the wake of the price shocks caused by the war in Europe,” he said.

But China is not the only player in the game. They will be competing with Turkish drones, and in some countries, Israel.

“So, while there are areas the US might not fill, there are other countries beyond China that are willing to fill the gap.”

International Relations and CooperationSecurity Forces
All
2022-07-22
asaeid
Previous Family of French citizen missing in Egypt after meeting a police officer demand answers
Next Egypt civilians, security injured in IS attacks in Sinai