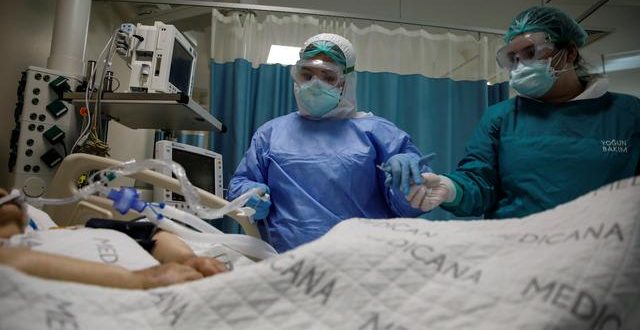 Egyptian children’s cancer hospital to close for lack of funds

The main children’s cancer hospital in Tanta, a city in the Nile Delta nearly 100km north of the Egyptian capital Cairo, is set to close its doors for good.

The hospital had been struggling for the past two years in the face of repeated financial crises, but it is finally closing down, no longer able to cope with the rising cost of treating its patients.

Founded 15 years ago, the Children’s Cancer Hospital Egypt (also known as the 57357 after the hospital’s widely published bank account number for donations) offered a ray of hope for thousands of young cancer patients in the Nile Delta.

Before 2007, children would have to travel all the way to Cairo for treatment, a journey of 100km.

Now, however, the Tanta hospital is no longer able to cope with the cost of treating its patients and will have to start turning them away.

“We are no longer able to afford the medicines needed for the patients,” Dr Mahmud Fawzi, the head of the hospital, told Middle East Eye.

“The amount of money we receive is far from enough to buy these medicines or cover the costs of food for the patients or the salaries of the staff.”

The 57357 hospital used to treat its patients – most of whom are rural children whose families are poor and cannot pay for their treatment – for free, relying on donations from wealthier Egyptians to cover its running costs.

The hospital used to receive approximately 25m Egyptian pounds ($1.3m) in donations each year and offered treatment to at least 3,000 young cancer patients every year, according to its officials.

However, things took an ominous turn two years ago when Covid-19 broke out in Egypt and around the world. The pandemic led to huge increases in the cost of medicines the hospital needed to treat its patients.

“This put the hospital in a very tight financial position,” Asem Ghalab, the hospital’s chief of operations, told MEE.

“Apart from the rise in the prices of medicines, the donations dropped dramatically.”

To make up for the gap between revenues and expenditure, the hospital borrowed money from the 57357 Foundation, a non-profit organisation that runs the main 57357 Children’s Cancer Hospital in Cairo, too.

When the Russia-Ukraine war broke out earlier this year, the costs of running the 57357 hospital in Tanta rose even more.

The hospital had to fend for itself because the main hospital in Cairo was also embroiled in a financial crisis, one induced by the war, too.

The CEO of the 57357 Foundation and professor of pediatric oncology at the National Cancer Institute, Sharif Abu al-Naga, said that the main hospital in Cairo had been paying more for supplies, including medicines and medical equipment, over the past two years.

He said that five suppliers had already told the hospital administration that they would be raising the costs of their products by 20 percent.

The war in Ukraine has deeply damaged Egypt’s economy, depriving the country of millions of tourists who used to visit from Russia and Ukraine.

The war has also severely disrupted supplies from the two countries, especially of grains such as wheat, forcing Egypt to pay more for its grain imports as prices have soared on the international market.

These price hikes for Egyptian consumers are taking their toll on people’s ability to spare money for donations to institutions, such as the 57357 hospital.

Egypt has filed for a loan from the International Monetary Fund to address the economic challenges posed by the war in Ukraine.

Cairo is also approaching oil-rich Arab allies for support. Some of these countries are pledging billions of dollars in investments, including through the acquisition of state-owned assets and companies.

The toll the war in Ukraine is having on the children’s cancer hospitals also highlights the effects of the war on Egypt’s health sector as a whole.

Wealthier Egyptians usually pay for treatment at private medical institutions, which have increased in number over the past few years.

Even before the war, state-run hospitals were already struggling to cope with the growing demand.

The Covid-19 pandemic put these hospitals, underfunded and understaffed, most of which were turned into isolation facilities, under intense pressure.

“Most of the hospitals suffer from a shortage of health professionals, which makes these hospitals incapable of carrying out their mission properly,” Dr Ibrahim al-Zayat, a board member of the Medical Association, the independent guild of the nation’s medical doctors, told MEE.

Over the past three years, Egypt’s doctors have moved in their tens of thousands to work in other countries, where they are paid more and can enjoy better work conditions, leaving local hospitals with acute staff shortages.

These funds, however, will not be enough for the needs of the state-run hospitals.

“The hospitals are badly in need of more money to be able to buy medicines and equipment,” Zayat said.

The four-storey 57357 hospital in Tanta contains 60 beds for the treatment of children with cancer. It also has an outpatients department that sees between 20 and 60 patients every day.

Its administrators have been desperately seeking solutions to its current funding crisis.

So far, the hospital, a non-profit organisation, had refused to charge those receiving treatment.

But the hospital closing will be catastrophic for thousands of young cancer patients in the Nile Delta.

“If we close down the hospital, we will have to refer all these patients to the main hospital in Cairo,” Dr Fawzi said.

“This will be very costly and exhausting for the patients and their families.”

Cancer on rise in Egypt

There are no recent studies about the prevalence of cancer among children in the country.

But according to a 2012 study, the paediatric population diagnosed with cancer was approximately 12.8 per every 100,000 children, with an annual growth rate of 1.3 percent.

Efforts are being made to rescue the 57357 hospital in Tanta, and government officials have been holding crisis meetings in an attempt to find solutions.

Officials at the Tanta hospital hope these efforts will pay off.

“We have hopes that these efforts will help us overcome the current crisis,” Ghalab, the hospital’s chief of operations, said.

“This hospital serves a very large number of cancer sufferers in the Nile Delta and its closure will be disastrous.”