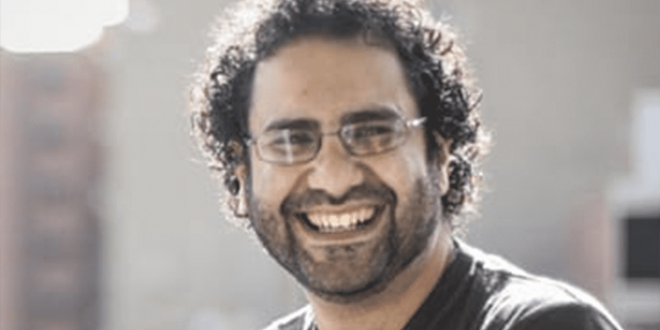 MEP Hannah Neumann has called on the Egyptian government to release detained British-Egyptian citizen Alaa Abdelfattah and allow him to join his family in the UK.

Following a meeting with his sister Sanaa Seif, Neumann said that Egypt’s President Abdel Fattah Al-Sisi is trying his best to improve the image of his country through COP27 and the Human Rights Strategy but that he must make tangible progress.

Last year, the Cairo Institute for Human Rights Studies said that the national strategy was a “ruse to show the international community and donor states that political reform is underway.”

Alaa’s case has attracted widespread attention, with over 1,000 celebrities calling on the UK foreign secretary to make a high-level intervention to secure his release, among them Dame Judi Dench, Emma Thompson and Carey Mulligan.

On 21 June Liz Truss said she would help intervene, including raising his case with her Egyptian counterpart Sameh Shoukry.

The meeting between Sanaa and Neumann comes as Alaa’s mother, Laila Soueif, told Reuters she’s concerned her son’s health could have deteriorated rapidly in the 90 days he has now spent on hunger strike.

Alaa is taking in around 100 calories a day, short of the average of 2,000 a day that adults are advised to consume. Egyptian authorities are denying that Alaa is on hunger strike and state that he is receiving his normal meals every day.

His sister Mona Seif has joined her brother and started her own hunger strike in the UK to continue to raise awareness of his case.

Alaa and Al-Baqer were arrested in September 2019 and sentenced to five and four years in prison by an Emergency State Security Court for “spreading false news.”

Alaa has been tortured and ill-treated in what Amnesty International says is a reprisal for his role in the 2011 uprising, and the fact that he is a symbol of resistance in Egypt.