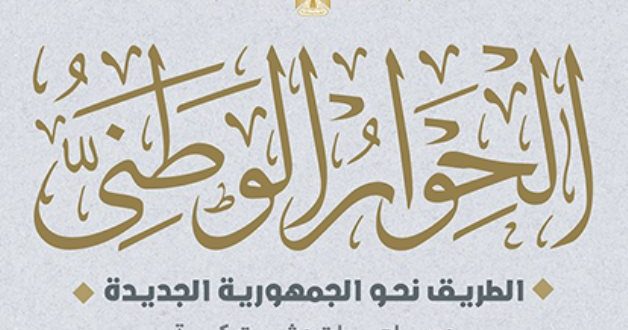 The Board of Trustees of the National Dialogue has been appointed after a 20-day consultation among politicians, trade union officials and political parties’ members and representatives participating in this dialogue.

The National Dialogue Board of Trustees of 19 members as follows: –

7. Dr. Talaat Abdel Qawi, Member of Parliament and President of the General Federation of NGOs.

Appointing the new board of trustees sheds light on the diversty of an effective participation of various national visions, with technical and professional experiences, to ensure positive outcomes of the dialogue in the interest of the Egyptian citizen.

The Board of Trustees will hold its first meeting in a few days.

Egyptian President Abdel-Fattah El-Sisi said that the objective of the national dialogue, which has been announced recently by him last month, aims at listening to people’s opinions for “the sake of the nation.”

President Sisi’s comments were stated during his meeting with a number of editors and media professionals from Egyptian newspapers, on the sidelines of his tour of Egypt’s Future Project for Agricultural Production, which he inaugurated on May 21, 2022.

The national dialogue comes as part of Sisi’s national human rights strategy, launched in September with vows to open the public space to be more and more inclusive. As such, hundreds of inamtes, including dozens of human rights activists, have recently been released by the Presidential Pardon Committee.