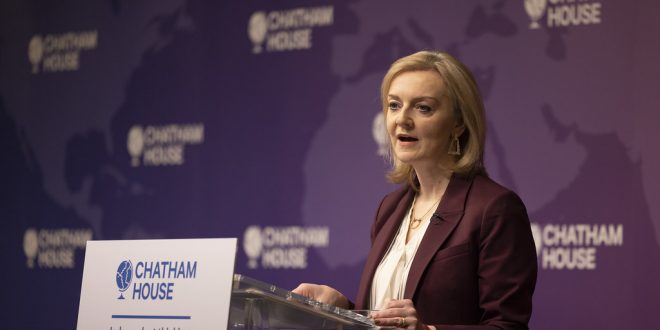 UK Foreign Secretary Liz Truss on Tuesday said she was seeking a meeting with her Egyptian counterpart to secure the release of a jailed activist who has been on hunger strike since April.

He was given British citizenship in April through his British-born mother and his family has been pushing ever since for a consular visit.

‘For him, the end is either by his release or death – he just can’t go through any more.’

Truss told parliament the government in London was “working very hard to secure his release” from a five-year jail term for “broadcasting false news”.

“He’s due to visit the United Kingdom shortly, and I’ll be raising his case.”

Fattah has spent most of the past decade behind bars, mainly in the notorious Tora prison for criminal and political detainees.

“We’ve always believed that, if the FCDO (Foreign, Commonwealth and Development Office) put its full weight behind Alaa, his nightmare would be over,” she added.

“But he is on day 81 of hunger strike now and time is running out. I hope they decide to fully commit before it’s too late.”

The Egyptian authorities have questioned his family’s assertions that he is refusing to eat and said it had footage that “disproves” the claim.

Last week Sanaa Seif told a news conference at the UK parliament in London that her brother began his protest drinking only water and rehydration salts.

But on day 55 he started taking in 100 calories a day “to gain us more time in the campaign for his release”.

Rights groups denounced his trial as unjust and Amnesty International considers the computer programmer, who was convicted in December after being held for over two years, a prisoner of conscience.

Abdel-Fattah was previously imprisoned between 2013 and 2019 and was not out long before being rearrested.

Human RightsInternational Relations and CooperationJustice
All
2022-06-21
asaeid
Previous Court to rule on appeal against closure of Hadhoud case on June 23, allows family lawyers access to case files for 1st time
Next EU criticised for ‘watering down’ criticism of Egypt at council meeting