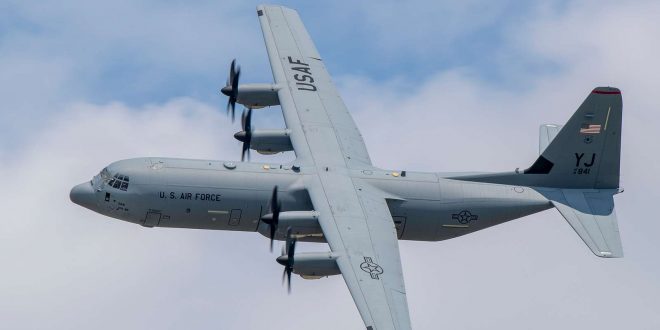 Israel’s defence minister said on Monday that the country is helping build a US-led regional air-defence alliance against Iran and that the partnership has already thwarted attempted attacks.

Benny Gantz unveiled what he dubbed the “Middle East Air Defence Alliance”, or MEAD, in a briefing to lawmakers, and acknowledged for the first time there was a regionwide military alliance with other Arab countries.

“Over the past year I have been leading an extensive program, together with my partners at the Pentagon and in the US administration, that will strengthen the cooperation between Israel and countries in the region,” he said, according to an official transcript.

“This program is already operative and has already enabled the successful interception of Iranian attempts to attack Israel and other countries.”

Israel has cooperated with several of its Arab neighbours on security issues for several years. In 2020 it normalised ties with the UAE during the final months of the Trump administration.

The agreement, known as the “Abraham Accords,” shattered a longstanding Arab consensus that there should be no normalisation with Israel until it reaches a comprehensive peace deal with the Palestinians.

Bahrain, Sudan and Morocco all followed suit, in deals that failed to address the Palestinian issue or Israel’s military occupation of the West Bank and its settlement expansion.

The UAE claimed Israel had promised to suspend its plans to annex parts of the West Bank, though annexation had already been shelved due to international pressure and a lack of US support.

According to an Israeli official, MEAD will allow Israel and other states to synchronise their respective air defence systems through remote electronic communication, the Reuters news agency reported.

The transcript provided by the Israeli government did not name partner countries or provide details on the foiled attacks.

Gantz’s announcement comes amid concerns over Iran’s activities in the region. Israel and several Gulf states consider the Islamic Republic a foe.

Israel has been engaged in a deadly shadow war with Iran, targeting its proxies and assets both inside the country and throughout the region. Gulf powers Saudi Arabia and the UAE have also been struck by missile and drone attacks from Iran-aligned rebels in Yemen.

The US has sought to strengthen cooperation between Israel and its Arab neighbours as it looks to counter Iran and address rising challenges from Russia and China outside the region.

Earlier this month, a bipartisan group of lawmakers introduced legislation to bolster defence cooperation between Israel and several Arab states that would require the Pentagon to submit a strategy for an integrated air and missile defence system among several Middle East countries.

The bill includes Iraq, Saudi Arabia, Qatar, Kuwait, and Oman – none of which have diplomatic relations with Israel.

President Biden is set to visit both Israel and Saudi Arabia next month, with the trip raising expectations of closer cooperation between the two US allies.

Earlier this month the Jerusalem Post reported that the US had brokered for Egypt to transfer control of two strategic islands in the Red Sea to Saudi Arabia. As part of the agreement, Saudi Arabia will allow Israeli airlines to fly over its airspace.