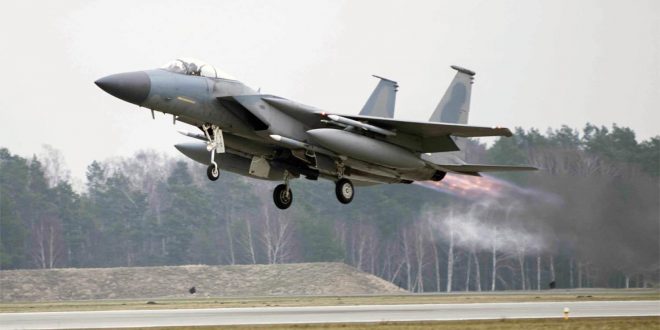 Egypt is close to finalising a $3bn deal with Italy to acquire combat aircraft, following three years of negotiations, according to an Italian newspaper.

The sale of fighter jets is part of a wider arms deal, valued at between $10-12bn, involving warships, combat and training aircraft, and a military satellite.

In addition to the Typhoon aircraft, the wider deal is expected to include four European multi-purpose frigates (FREMM), manufactured by Italian ship company Fincantieri, 20 patrol ships, 20 M-346 warplanes, and an observation satellite.

Negotiations over the arms deal have taken place amid tensions between Egypt and Italy regarding the 2016 torture and murder of Italian PhD student Giulio Regeni, whose body was found on the outskirts of Cairo.

An Italian investigation had accused members of the Egyptian security services of being behind the killing, however, Cairo has repeatedly denied any involvement.

Egypt closed its own investigation in December 2020, fuelling outrage and controversy in Italy around the arms deal with Cairo.

That same month, Egypt received the first of two FREMMs from Italy, acquiring the second in April 2021.

The Italian government at the time separated the deal from Regeni’s murder, justifying its decision to allow the sale as a “commercial operation that has nothing to do with the search for the truth about the death of Giulio Regeni”.

The Regeni family sued the Italian government over the sale of the first two FREMMs.

Since Sisi seized power in a military coup in 2013, European Union countries and the UK have significantly increased their arms sales to Egypt, despite protests over human rights abuses in the country.

In December 2020, French President Emmanuel Macron declared he would not make arms sales to Egypt conditional on human rights, because he did not want to weaken Cairo’s ability to combat militancy in the region.

Between 2013 and 2020, European countries exported or licensed at least $12.4bn worth of arms to Egypt, according to Campaign Against Arms Trade (CAAT). In 2021 alone, total German arms sales to Egypt amounted to $4.8bn.

International Relations and CooperationSecurity Forces
All
2022-06-06
asaeid
Previous With 59 political detainees ordered released since April, do steps toward ‘national dialogue’ represent a breakthrough for political freedoms?
Next Family of Egyptian Alaa Abdel-Fattah seeks presidential pardon as he continues hunger strike