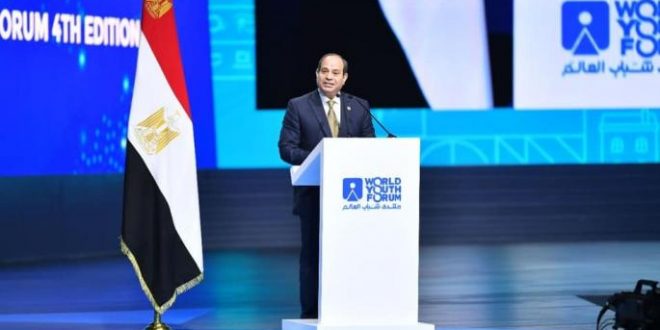 As COP27 nears, can Egypt lead the global climate agenda?

Seated at the crossroads of the Middle East and North Africa and unrivalled as the most populous country in the Arab world, Egypt has long distinguished itself as a leader of the region.

While Egypt owes much of this geopolitical influence to its cultural and military heft, Egyptian officials are making rapid inroads with the environmental movement as well.

No event will do more to cement the country’s status as a proponent of sustainable development than the 2022 United Nations Climate Change Conference, better known by the abbreviation “COP27.”

Egypt will host COP27 at the resort town of Sharm el-Sheikh from November 7 to 18.

Given that, on a monthly basis, tens of thousands of tourists flock to Sharm el-Sheikh – located on the southern edge of the Sinai Peninsula – the city should have little trouble accommodating a much smaller influx of diplomats later this year.

Before delays induced by COVID-19, the UN had intended to hold COP27 last November, adding to the anticipation surrounding the event.

COP27 will represent an unparalleled opportunity for Egypt to set the agenda for environmental protection in the Arab world and beyond.

The annual conference last came to the region in 2016, with COP22 in Marrakesh; the Moroccan city also played host to COP7 in 2001, and COP18 took place in the Qatari capital of Doha in 2012.

Dahlia El-Hawary, a former advisor to an Egyptian minister, referred to COP27 in March as “a turning point in global solidarity on climate action and addressing the adverse impacts of climate change on the world as a whole.”

“In this respect, the Arab countries could start working on a collective basis to develop a sustainable and climate finance taxonomy tailored to better reflect the region’s sustainable development financing needs and priorities,” El-Hawary wrote in an op-ed for Al-Ahram, part of Egypt’s state media.

“This is important to address the lack of good quality data as well as the absence of commonly adopted metrics, definitions, and methodologies in the region that have all acted as barriers to financing socially responsible, green, and smart investment.”

In the leadup to COP27, Egypt has already taken several high-profile steps to bolster cooperation with the international community on sustainable development.

Egypt’s many allies in climate change mitigation, environmental protection, and sustainable development include the UN Development Program, which has warned that “Egypt’s large population makes the country extremely vulnerable to climate change.”

In light of this threat, Egyptian officials have concluded memoranda of understanding on environmental protection with countries as varied as Bahrain and India, whose agreement with Egypt notes “that many environmental problems are of cross-border nature and require international cooperation.”

Weather-related hazards – which are increasing in frequency and severity as a result of climate change – have displaced over 21 million people each year on average.

In April, the World Bank, another of Egypt’s key partners in climate change mitigation, published an op-ed lauding the country for “showing commitment to the climate agenda” even as “it is also preparing to host the COP27.”

Nonetheless, the underwhelming results of COP26, held in the Scottish city of Glasgow last year, have led to scepticism about the potential for success at COP27. At the same time, environmental organizations are calling for urgent action.

The World Resources Institute, which also goes by “WRI,” voiced alarm in a May 5 article asserting that, at COP27, “the stakes could not be higher or the need more urgent for vulnerable countries – particularly as COP26 failed to deliver sufficient results to meet their needs.”

Global warming’s exacerbation of water scarcity and the like underpinned Egypt’s initial proposal to host COP27.

Peter Schwartzstein, an expert on the environmental movement in the Middle East, indicated in an article for the Woodrow Wilson International Center for Scholars that Egypt’s successful bid might have derived from “its well-regarded environment minister, ability to host an event of this magnitude, and energetic lobbying by its diplomats.”

Egyptian officials are expending a similar amount of energy on preparing for COP27.

A May 24 letter published by the UN Climate Change Secretariat says that the UN plans to acquiesce to an Egyptian request to move the opening of COP27 a day earlier – to November 6 – “to provide additional time to allow for the participation of Heads of State and Government with a view to building political support to enhance climate action and support while also allowing work to advance.” The next five months will see Egypt laying the further groundwork for COP27.

Egypt’s enthusiasm for its role as host of COP27 suggests that the country has the willpower to rally the Arab world behind sustainable development.

Plans to hold COP28 in the United Arab Emirates next year prove that the message of the environmental movement is inspiring governments across the Middle East. Even so, the future of the region can hardly rest on the shoulders of the two countries. The Arab world as a whole will have to answer Egypt’s call to action. 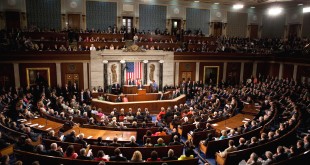