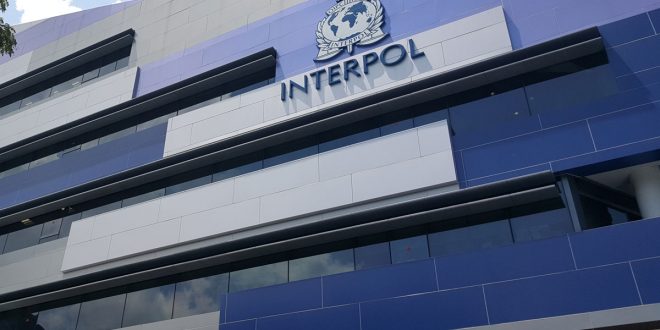 A court in Egypt has asked Interpol to issue Red Notices to four Egyptian journalists working in Turkiye and hand them over to Egyptian authorities.

In February this year several human rights groups called on Interpol to reform after Bahraini dissident Ahmed Jaafar Mohammed Ali was extradited from Serbia to Bahrain after he was arrested based on a request made through the Red Notice system.

Reports said he was beaten on arriving in prison. Many asked why he was sent there when it was public knowledge Ali would be at risk of torture if he was extradited.

According to the Egyptian website Rassd, Dr Hamza Zawba is one of four Egyptian media personalities living in Turkiye that the public prosecutor has requested Interpol include on the Red List.

Zobaa once presented a prominent show for Mekameleen, Ma’ Zawba, With Zawba, on which he would interview guests about the escalating human rights crisis in Egypt.

“This was not a trial, but rather a request or decision from the prosecution to include my name and that of others on the Interpol Red List and this is not recognised because this is not a judicial ruling,” Hamza Zawba told me.

After the 2013 coup, thousands of Egyptian opposition members fled to Turkiye where they founded TV channels and used them as a platform to criticise the Egyptian government. Here they could speak freely, away from the lengthy prison terms and torture they would face for doing so back home.

This continued for the best part of a decade as relations between Cairo and Ankara remained cool. Then, last year, a developing rapprochement between the two countries changed everything.

Yet even withdrawing from the media wasn’t enough. Egypt’s prosecutor accused Zawba of “running a media committee within the Muslim Brotherhood,” which is banned in Egypt.

“I have not been a member of the Brotherhood for years,” says Zawba, “and I have not appeared in the media after my daily TV programme stopped ten months ago, and I do not engage in any media activity.”

“However, the regime is looking for anything to fight the Egyptian opposition against the rule of the generals,” he adds.

It is not the first time Egypt has threatened to use Interpol’s Red List to target Egyptian journalists living in Turkiye. In 2015 the Attorney General ordered that Al-Sharq TV’s Moataz Matar and Mohamed Nasser, both sharp critics of the Egyptian regime, be placed on the Red List so that they could be handed over to the authorities and investigated on several charges.

The two journalists fled Egypt after the 2013 coup and have been sentenced to jail in absentia for various offences, including “inciting against the state and mocking the country’s president.”

In 2021 an Egyptian court requested that Interpol issue an arrest notice for whistleblower Mohamed Ali for “spreading fake news, endangering national peace and joining an illegal group” after a series of videos he made exposing corruption at the heart of the ruling party went viral.

In 2015 Al Jazeera journalist Ahmed Mansour was imprisoned in Germany after an arrest warrant was issued by the Egyptian government. At the time, a German government spokesman said that they were requested to detain him via the Red Notice system.

Mansour was eventually released, but there is a wealth of evidence about what would happen to an Egyptian dissident if they were to be deported.

There are 60,000 political prisoners inside Egyptian jails who are systematically tortured and denied medical help, sometimes to the point of death, which makes the threat of arrest and extradition a terrifying prospect.

For Egyptian journalists living in Turkiye, whether they have been threatened with the Red List or not, this latest announcement is yet another nail in the coffin of free speech and liberty.

“Everyone I know who wants to continue his career speaking out against the Egyptian regime is planning to leave Turkey, because there is no way they’ll do that from here,” Omar, a journalist working in Turkiye told me.

An Interpol spokesperson told MEMO: “If, or when, a Red Notice request is received by the General Secretariat headquarters it is reviewed for compliance with INTERPOL’s Constitution and rules by a specialised task force.”

“This review takes into account information available at the time of publication, and a Notice is only published if it complies with the Organisation’s Constitution, under which it ‘is strictly forbidden for the Organisation to undertake any intervention or activities of a political, military, religious or racial character’.”

“If the request is not found compliant, it is not published.”

ICT and Media GovernanceInternational Relations and CooperationJustice
All
2022-06-01
asaeid
Previous Egypt Attempts to Tackle Water Shortages; Can it Evade a Looming Crisis?
Next Can Egypt’s leaders be pressured into protecting press freedom?