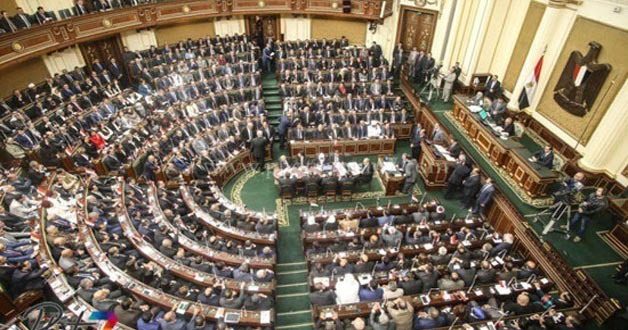 Lawmakers in the House Education Committee approved the Education Ministry budget for the coming year on Sunday, despite noting that the proposed amount of government spending will be insufficient to address worsening overcrowding across Egypt’s classrooms.

Social spending has been deprioritized in the budget for the coming fiscal year, according to MPs in the specialized House committee for budgeting and planning, who said that the government’s priorities for the 2022/23 budget were instead to reduce the public debt-to-GDP ratio, and to rationalize spending to mitigate the economic conditions brought about by Russia’s invasion of Ukraine.

The Education Ministry requested a budget for the coming fiscal year of LE162.35 billion (nearly US$8.8 billion) from the ministries of finance and planning, the ministry’s budget sector supervisor, Saeed Siddiq, said during the House committee’s Sunday meeting. Yet, the allocation approved by the House committee was 19.3 percent less than the requested figure.

During the committee meeting, Siddiq broke down the allocations to his ministry in the new budget draft, which — at LE131 billion — represents a LE14 billion increase over the allocations that the ministry got for the current fiscal year, and LE22 billion over the year before.

He noted, however, that most of the increase will go into salaries, pointing out that the ministry still requires about LE13.8 billion more to complete its development projects.

During Sunday’s session, MP Hossam al-Mandouh asked whether the education allocations included any additional funds for temporary teachers — who get paid per session — or to address the issue of high classroom density. Siddiq answered that the budget did not provide for addressing classroom density, noting that the allocations for building additional schools or classrooms in the new budget is LE1.5 billion short of what is required.

During the 2020/21 academic year, the number of students in pre-university education jumped year on year by around 1 million, while the number of teachers dropped by about 10,000, according to recent figures from the state statistics agency.⁠

When committee chair MP Samy Hashem asked whether the Education Ministry allocations included appropriations for 30,000 teachers set to be appointed this year, Siddiq confirmed that the budget did not directly allocate any funds for the teacher hiring contest planned by the ministry, but claimed that the budget reserves should be sufficient to fund the hires.

In response, Hashem called on the ministries of education, finance and planning to determine the cost of hiring the new teachers. He also called for an independent budget to be set up for developing the Curriculum Development Center or, at least, specifying the costs in the Education Ministry allocations.

President Abdel Fattah al-Sisi issued instructions in January for 30,000 new teachers to be hired annually for the next five years, along with other plans to develop schools and incentivize teachers, as Egypt’s free education system deals with an atrophying student-teacher ratio.

Siddiq responded to the criticism during the Sunday session, saying that, while the ministry had stopped printing textbooks for high schoolers after introducing digital tablets, the move did not decrease spending by much because printing costs have increased and there is a higher number of students in the pre-high school grades.

Since the current Constitution came into force in 2014, successive cabinets have failed to meet the constitutionally mandated minimum rate of spending for the health and education sectors, as the government has adopted a program of austerity with an emphasis on reining in the budget deficit and deprioritizing social spending.

A source from within the House Planning and Budget Committee who spoke to Mada Masr on condition of anonymity on Monday noted that the Cabinet’s primary aim for the 2022/23 budget is to reduce the public debt-to-GDP ratio, adding that the House and the Cabinet are in agreement that budget should be passed without alteration, especially to its health and education allocations.

The Cabinet referred the draft budget to the House on March 31, yet it was not until Sunday’s session that House Speaker Hanafy Gebaly referred the bill and 61 other draft laws to the Planning and Budget Committee for review, including the state’s economic and social development plan, and 60 draft laws on budgeting for public economic bodies for FY 2022-23.

The Cabinet was supposed to send financial statements on the budget and on the development plan to the House on Sunday, to clarify their most prominent details, but decided to postpone until after Eid al-Fitr, said planning committee MP Yasser Omar. He added that the budget was carefully prepared to focus on priorities and rationalizing spending to mitigate the repercussions of the Russia-Ukraine war on Egypt’s economy,