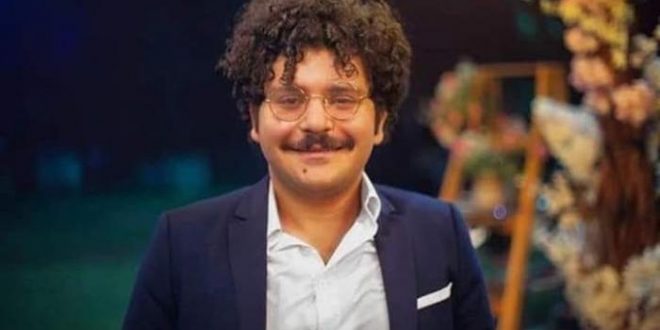 An emergency court adjourned a Tuesday session in the trial of Patrick George Zaki, a researcher who was investigated for false news charges in relation to writing on Coptic affairs in Egypt, as Zaki’s defense team make a bid to challenge the competency of the emergency courts to judge his case.

The Mansoura Emergency State Security Misdemeanor Court decided to postpone Zaki’s trial to June 21, as it waits to review official documentation of legal challenges to the constitutionality of proceeding with trials within the emergency court system despite the four-year state of emergency in Egypt having elapsed in October.

Zaki, who was pursuing a master’s degree at the University of Bologna, was traveling to Egypt to visit family in February 2020 when he was stopped at Cairo International Airport. He was held incommunicado for 24 hours, during which he was beaten and electrocuted before appearing at the public prosecutor’s office and being ordered held in remand detention on false news charges in relation to an article he wrote depicting his life as a Christian in Egypt.

After 19 months of remand detention, in September 2021, Zaki was referred to trial at the Mansoura emergency court. Just one month later, a national state of emergency was allowed to elapse for the first time in four years.

Since then, according to lawyer Hoda Nasrallah, a number of appeals have been submitted to the constitutional court against Article 19 of the 1958 emergency law, which, even after the end of a state of emergency allows for emergency courts to continue adjudicating in some trials, including the trial of Zaki, who was released from detention in December but continues to attend sessions at the Mansoura court.

Article 19 stipulates: “When the state of emergency comes to an end, state security courts shall remain competent to oversee cases that have been referred to it beforehand. In the eventuality that criminal cases were not yet referred to court, their defendants shall be referred to civil courts and tried according to their procedures.”

The article introduces the potential for unequal and unfair trial proceedings, according to Nasrallah, a lawyer at the Egyptian Initiative for Personal Rights who is acting in Zaki’s defense. “Suppose two different people are prosecuted by state security for committing crimes on the same day, and suppose they were subject to interrogation before trial at different paces. This leaves the potential for the state of emergency to come to an end after one of them has been referred to the emergency state security courts, while the other could be referred to a regular trial,” Nasrallah told Mada Masr, explaining that this inequality is the basis of ongoing appeal requests that seek to challenge the constitutionality of this article.

“We argued that Article 19 of the emergency law is unconstitutional. We asked the court to review documentation of the appeals against this article that are being reviewed by the Supreme Constitutional Court, and we asked them to consider suspending [Zaki’s] case until the constitutional court responds. The court then adjourned the case until those documents are provided,” the lawyer told Mada Masr after Tuesday’s court session.

Justice
All
2022-04-06
asaeid
Previous Egypt PM expropriates hotel in Cairo to secure President Sisi’s motorcade
Next Throwing Down the Gauntlet: What the IMF Can Do About Egypt’s Military Companies