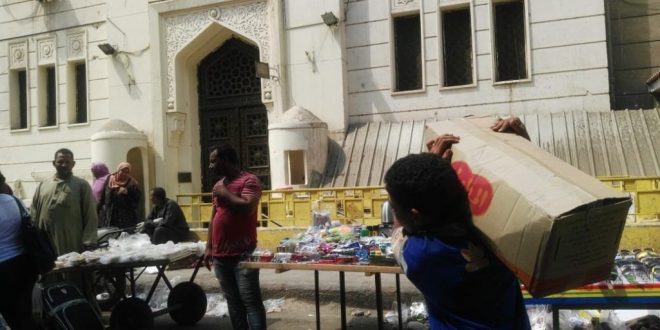 The Finance Ministry announced that it would be implementing emergency measures worth over US$7 billion to mitigate the ripple effects of global inflation and supply chain disruptions, crises that have been compounded in recent weeks by the repercussions of the Russian war on Ukraine.

On Monday afternoon, Finance Minister Mohamed Maiet announced stimulus and social security measures worth LE130 billion, saying that the steps aim to alleviate the impact of the ongoing global economic challenges on citizens, as per the president’s instructions.

The spending measures include expediting routine adjustments for inflation that are applied to several social programs — including pensions and bonuses in the state sector — with implementation now set for April instead of at the outset of the coming fiscal year in June.

The decision comes amid a raft of other economic measures intended to combat a massive wave of inflation that has swept across the country and has been exacerbated as a result of Russia’s invasion of Ukraine.

On the same day, the Central Bank of Egypt decided to raise interest rates by 1 percent across the board and to free-float the exchange rate for the Egyptian pound for the first time since a managed float was adopted in 2016. The flotation caused the pound to drop in value by 14 percent over the course of Monday, reaching LE18.22 per $1 as of the time of publication.

Also on Monday, the government issued regulations for the first time in 30 years to fix the price of unsubsidized bread.

In a boost to social security spending, the minister said that LE2.7 billion ($148 million) would be allocated to add 450,000 new families to the Takaful and Karama support programs, about a 12 percent increase to the number of beneficiaries. The value of allocations received by each family will also increase by 1.5 percent, the equivalent of LE80, or just under $4.5 at the current exchange rate.

Part of the LE130 billion will also go to boosting pensions, said Maiet, noting that the National Authority for Social Insurance will receive a total of LE190.5 billion for this fiscal year to boost pensions by 13 percent, with a minimum of LE120 per year, starting April, two months earlier than the routine pensions adjustment for inflation that would normally take place at the outset of the fiscal year in June.

As for state employees, Maiet said that LE36 billion will be allocated in the upcoming state budget to facilitate the disbursement of periodic bonuses two months early for employees subject to the Civil Service Law.

As part of the stimulus package, the ministry reintroduced a customs dollar exchange rate — used to determine the value of imported goods and applicable customs duties at port — at LE16 for basic commodities and raw materials until the end of next month. This exchange rate is substantially higher than the newly liberalized exchange rate — LE18.25 as of publication — meaning the government will now forgo revenues on customs tariffs.

Egypt maintained a managed customs dollar exchange rate after the currency flotation it implemented in 2016 as part of a structural adjustment package that came with a US$12 billion IMF loan. It canceled the system in 2019.

New income tax breaks were also part of the package, with exemptions for anyone earning LE30,000 or under. The ceiling for income tax exemptions previously stood at LE24,000.