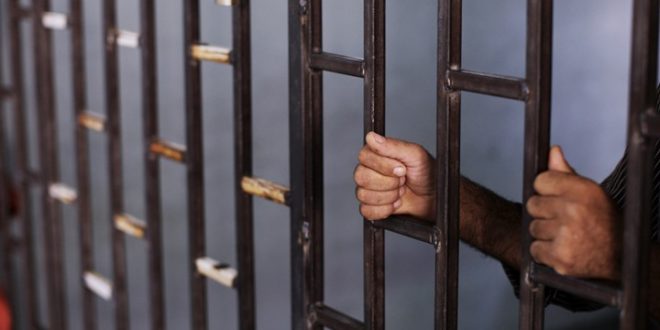 A new law approved on Tuesday by the Egyptian parliament, turning the name of prisons into “correctional facilities” and prisoners into “inmates” has been met with widespread satire on social media.

Ibrahim Al-Masry, the deputy head of the defence and national security committee at the parliament, said the law aimed to turn prisons into public correctional and rehabilitation centres, while wardens would be called “directors”, local independent Al-Masry Al-Youm daily reported.

The legislation dictates that new rights will be granted to inmates that include delivering personal letters and allowing them to sit for school and university exams, the report added. The law’s articles have not been disclosed yet.

Local and international rights groups have long called for improving the conditions of prisoners and detainees in Egypt amid claims of violations and medical negligence occurring at these facilities.

Earlier in January, a documentary produced by Al-Araby TV, a sister company of The New Arab, unveiled that hundreds, if not thousands, of political prisoners and detainees held at Egypt’s notorious Al-Aqrab prison, had been subjected to maltreatment and inhumane conditions for years.

The film entitled: “Scorpion Prison in Egypt – the Cemetery of the Living”, revealed several cases of abuse, through interviews with the families of detainees.

In September last year, prominent activist Alaa Abdel-Fattah, now serving five years in prison over spreading false news among other charges, told the judge renewing his detention at that time that he may commit suicide unless his conditions in the infamous Tora Prison were to be improved. Abdel-Fattah called on the judge to transfer him to another jail.

He was locked up in solitary confinement in pre-trial detention illegally for over two years, banned from leaving his cell or communicating with the outside world, and denied access to books.

Meanwhile, social media activists were quick to mock the new law on prisons and prisoners.

“Based on the [fake] amendments, what are we supposed to say? ‘Inmates of conscience?’ ‘A guest whose pre-trial detention is overdue? Inmates abused and deprived of their constitutional and legal rights?’ A Chinese proverb says: ‘It doesn’t matter whether a cat is black or white, as long as it catches mice.’ We say: it doesn’t matter what the prisoner is called: detainee, prisoner, or inmate. What’s important is the respect for the constitution,” he wrote.

Outspoken activist Mona Seif, Abdel-Fattah’s sister, tweeted, wondering whether there is a difference ever made.

“The word ‘inmates’ has been written for years now on all signposts at Tora prison,” she posted on Twitter.

In September last year, President Abdel-Fattah El-Sisi drew widespread criticism after announcing the opening of what he described as an “American-style” prison complex.

Two months later, activists mocked the interior ministry for promoting Sisi’s prison complex in a video song that showed how ideal it was.

The footage portrays prison life unlike what is known to be the case in Egypt, showing sports, economic, artistic, and religious activities, as well as courses delivered by specialists for prisoners to learn new crafts and professions.