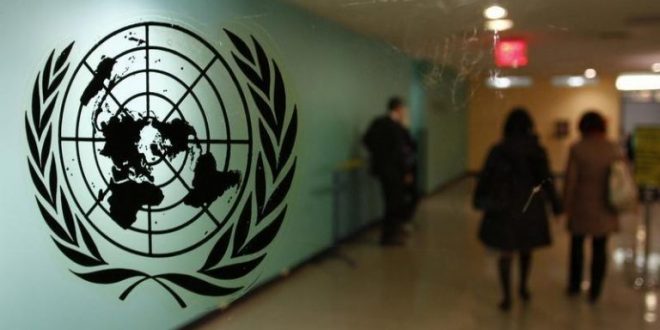 Egypt announces 6 reasons for voting against Russia at UN

The Egyptian Foreign Ministry, headed by Sameh Shoukry, announced six reasons that prompted Egypt to vote against Russia at the UN, on Wednesday, condemning the Russian strikes in Ukraine.

Egypt’s permanent representative in New York explained Egypt’s position on the General Assembly resolution on Ukraine, saying that “Egypt’s vote came out of its firm belief in the rules of international law and the principles and purposes of the UN Charter.”

Search for a quick political solution to end the crisis through dialogue and peaceful means and through active diplomacy must remain in the sights of all parties.

Egypt renewed its warning of the consequences of the economic and social effects of the current crisis on the entire global economy, which is still suffering from the repercussions of the coronavirus pandemic, and on the further disruption in supply chains and international air traffic, according to the statement.

The effectiveness and credibility of the ability of the international multilateral action mechanisms in facing the successive challenges and crises depends on dealing with all international crises, according to one and consistent criteria, in line with the principles and purposes of the UN Charter, without allowing a fait accompli and human suffering to be established for decades, the statement said.

The primary goal of the entire international community in addressing the current crisis, and therefore the political space must be provided to achieve that basic goal, the statement said.

The international community should not turn a blind eye to discussing the roots and causes of the crisis, to deal with it in a way that guarantees defusing the crisis and achieving security and stability, the statement added.

Egypt affirmed its rejection to employing economic sanctions outside the framework of the mechanisms of the multilateral international system, based on previous experiences, which had severe negative humanitarian effects, and led to the aggravation of the suffering of civilians over the past decades.

The statement stressed that all parties should have the due responsibility to ensure the flow of humanitarian aid to parties in need, without any discrimination, such as ensuring the smooth passage of foreign residents across the borders, as there have been reports of discriminatory treatment.