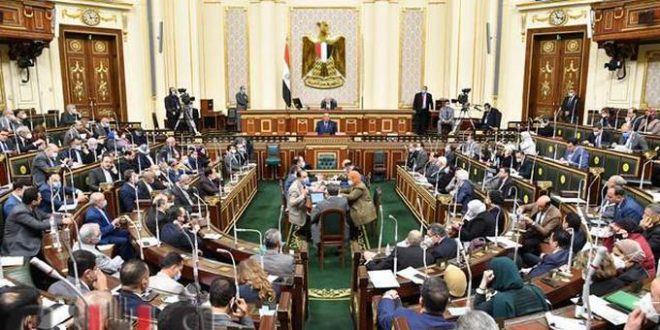 Egypt’s General Intelligence Service (GIS) is to be granted a sanctioned space in the national economy after lawmakers on Tuesday unanimously approved legislation that was read out to them in session.

Members of the intelligence agency already hold substantial interests in companies operating in the energy and media and entertainment industries.

But intelligence officials will now gain permission to establish companies or hold shares in new or existing companies in all sectors of the economy after lawmakers agreed on the item submitted as an urgent matter to the House of Representatives plenary session.

Members of the GIS will also be permitted to sit on new or existing company boards and a restructuring of the agency is also entailed in the legal amendments, which also strengthen the penalties for anyone falsely claiming to work for the intelligence body.

A printed version of the bill was not distributed to MPs, none of whom raised objections during the session. Instead, the amendments were read out to assembled legislators and reporters by the head of the specialized committee on defense and national security — an uncommon occurrence in Parliament.

Lawmakers on the House Defense and National Security Committee, which can hold private meetings that the press are not allowed to attend, had a version of the legal amendments submitted to them on Sunday, when it was referred to its members by House Undersecretary Ahmed Saad Eddin.

Presenting the committee’s review in Tuesday’s plenary session, committee chair MP Ahmed al-Awady urged his colleagues to approve the legislation as it would “allow the [GIS] to fulfill its role.”

MPs unanimously accepted the changes without questions, and several reporters were instructed not to write down the amendments by editors at the newspapers they work for, parliamentary journalists told Mada Masr.

A year after entering government, President Abdel Fattah al-Sisi issued a similar law that granted the GIS, and the ministries of defense and interior and their affiliated agencies, the right to establish companies for guarding facilities and transferring funds.

The law will allow the intelligence agency to expand upon its existing business interests. In the energy sector, two active senior GIS members sit on the board of East Gas, which has part ownership of the Ashkelon-Arish pipeline through which Israeli gas is transported into Egypt.

The agency is also partnered with the privately owned company, Dolphinus Holdings, to manage the purchase, import and sale in Egypt of gas from Israel’s fields.

A broad swathe of Egypt’s news and entertainment media and production environment is also consolidated under the intelligence agency through the private equity fund, Eagle Capital for Financial Investments S.A.E, which is headed by former Investment Minister Dalia Khorshid and owned by the GIS.