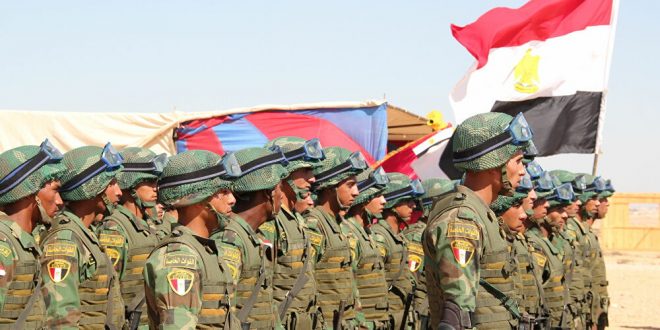 A Road to Reform?… Three targeted recommendations would help transform the military economy in Egypt.

The role of military agencies in Egypt’s economy has received growing attention, in parallel with its dramatic expansion in scale and scope since the armed forces took power in July 2013, and especially since Abdel-Fattah al-Sisi became president the following year.

Much of the commentary that does not come from Egyptian government sources or pro-Sisi media, including my comprehensive review in “Owners of the Republic: An Anatomy of Egypt’s Military Economy,” is critical. But while criticism is warranted, there has been little effort to go beyond blanket calls for dismantling the military economy. The International Monetary Fund went further by implying the need to bringing military companies within the scope of the broad reforms it proposed for Egyptian state-owned enterprises in July 2021, but it stopped short of making more targeted recommendations.

My recent paper “Retain, Restructure, or Divest? Policy Options for Egypt’s Military Economy” addresses this gap by mapping out specific measures that the Egyptian authorities—and their foreign partners and counterparts—might consider to enhance what works in the military’s diverse production of public goods and services, and modify or eliminate what does not. Based on an assessment of the economic rationale for the need to review and revise Egypt’s military economy and also build on the Sisi administration’s own policy and legislative initiatives, the paper proposes three main options: retain, restructure, and divest. These options complement rather than exclude each other, and may be adopted to differing degrees and assembled in varying packages. But broadly speaking, the first relates primarily to the defense industry, the second to public works and procurement services and to the exploitation of national natural resources, and the third to military production of commodities for civilian markets.

What Can be Retained?

The Egyptian authorities must accept that defense industries are costly and have to invest in theirs if they wish retain an indigenous capacity. Most of Egyptian defense companies and factories lose money, despite converting a large part of their operations to civilian production—or adding new capacity for it. Their civilian enterprises have not provided superior technology, significant increases in local content and value added, or net savings for the public purse that may be reinvested in developing the defense industry. The defense industry must bridge major gaps in capabilities, knowhow, and investment if it is to achieve more ambitious goals.

For retention to be viable, let alone enable upgrades and greater specialization, the defense industry must undertake several steps, starting with redefining its goals. Which needs of the armed forces can or does it seek to deliver? And should it focus on producing weapons and combat support systems, or develop its ability to repair, maintain, adapt, and upgrade these systems? The latter approach promises significant savings, while enhancing technical knowhow and technology transfer.

Second, the defense industry should redesign its strategy for attaining its goals. What is an appropriate balance between developing an indigenous technological base and relying on technology imports from foreign partners? Egypt might leverage its status as a leading arms importer globally to expand its defense production under foreign licenses into a major component of its industrial and technological development strategy, but focus this primarily on developing local capability to integrate new technologies operationally rather than produce them.

Third, in all cases the defense industry should greatly increase investment in research and development, and above all integrate with civilian counterparts—particularly expert communities in private industry and academia—so as to achieve defense innovation and quality increases while spreading the cost of investment and risk.

Last but not least, the sector needs formal restructuring of debt and negotiation of a new funding formula. It goes against the grain for Egyptian military leaders and national authorities, but defense industry financing should be brought within the state budget and be subjected to an agreed form of evaluation for cost-effectiveness. This will help to improve predictability and planning, allow higher returns on partnerships with civilian or foreign counterparts, and avoid a return to hidden or unsustainable debt.

What Has to Be Restructured?

The second main policy option is to restructure the military’s role in managing government-funded public works, fulfilling public procurement contracts, and exploiting natural resources. The rentier nature of such activities needs to be mitigated by bringing them all under unambiguous civilian oversight, and within a transparent financial framework to allow effective economic cost-benefit analysis. The economic strategy behind these activities should also be reassessed since much of what the military actually does is to capture and reallocate rent, especially through real estate speculation, rather than generate new value by driving productivity increases or opening up economic sectors for civilian actors.

Replacing military with civilian management should be relatively straightforward in activities such as land reclamation and the construction of new housing and cities. Civilian agencies have considerable cumulative experience in these sectors. In the meantime, since the official line is that the military is just one of several state agencies with responsibility for implementing national development goals set by the presidency and government, there is no reason why the processes for setting project priorities and technical specifications, issuing tenders, evaluating bids, and conducting audits should not follow standard government procurement rules and inspection.

Similarly, the military should follow a clear government-mandated structure for management costs and fees, as well as fully disclose incomes or savings from project budgets. Leases and commercial usufruct for projects delivered using state funds—such as highways and greenhouses—can and should be transferred to pertinent government agencies. As pertinently, military management of publicly funded projects should not automatically grant the military a lease over them.

Last but not least with respect to government oversight and regulation, civilian agencies should be enabled to undertake economic costing and environmental audits of all state-funded projects, including those managed by the military. Nor are there technical or genuine national security reasons to place information relating to any of these activities behind a firewall. The striving of the Sisi administration to encourage public-private partnership in delivering all phases of government-funded works both legitimizes and requires these steps.

How Can Divestment be Achieved?

Ironically, the option of divesting military companies (liquidating, through selling off or closing down) might generate the strongest immediate opposition. Yet it builds the most directly on Sisi’s twin drives to achieve efficiencies in the public sector and attract private investment in military companies. One route is to move all military companies (possibly in stages) into a single holding structure, while another is to open them up to at least partial private ownership.

The first route converges with the IMF’s call for “centralizing state ownership in a single entity,” which could include transferring military companies to the so-called public business sector. Additionally, it responds to the Egyptian government’s ongoing push to restructure loss-making public companies through mergers, liquidation, and sale of equity to private investors.

The second route builds directly on the Sisi administration’s effort since 2018 to consolidate and market state assets through Egypt’s sovereign wealth fund, and in some cases through partial flotation on the Egyptian stock market (EGX). This strategy received crucial political endorsement when the sovereign fund agreed in February 2020 to prepare ten military companies for private investors to purchase shares reaching up to 100 percent of ownership. This would moreover be in line with government legislation in May 2021 to permit state-owned providers of services and utilities to “monetize and trade their future revenues for sale to investors.”

The IMF’s call to identify economic sectors in which state-owned companies can play a role, and to exit other sectors completely, should be applied to military companies. The Egyptian government adopted this approach in November 2021 by recommending modalities for exiting select sectors and designating others for eventual sale. The impact would be enhanced considerably by including government-funded infrastructure and facilities, not only enterprises that produce tradable commodities. Extending this government strategy to military companies would enhance their long-term viability.

These measures could apply initially to companies belonging to the Ministry of Military Production, which are already registered as part of the public business sector. The same could be done with the Arab Organization for Industrialization, the dual-role defense and civilian holding company set up with Gulf funding in 1975, changing its legal status as an international organization. Once the framework has been tested, it should then extend to the companies of the National Service Projects Organization, which would require establishing a legal and regulatory framework for its use of conscript labor. Determining which companies or production lines to split or merge, liquidate, or privatize would be based on standard market metrics and conform to the overall parameters set by the president and government—most recently in public sector Law 185 of 2020.

These three options can ensure genuine viability if military companies and income generating activities are brought under full and unambiguous civilian legal and regulatory frameworks in order to ensure compliance with disclosure and reporting obligations and verifiable nonpreferential treatment (in access to factors of production and award of contracts). Even if they are not placed under a single, government-controlled entity, they should have a single legal and governance framework and comply with the IMF call for financial reporting rules that require all public sector companies and joint ventures to provide details of “fiscal revenues (taxes, dividends) and costs (subsidies, equity injections, direct loans from budget, on-lending support and loan guarantees).”

These changes cannot be made overnight. To the extent that burden-sharing between civilian and military entities is warranted in the interim, it should go hand in hand with a broader effort to upgrade and stand up civilian agencies to design, manage, and deliver works and other contracts, and, in parallel, to wind down the military role within a defined time frame.

*This is the second in a series of articles by the author, which are tied to the release of his Carnegie paper, “Retain, Restructure, or Divest? Policy Options for Egypt’s Military Economy.”

Carnegie does not take institutional positions on public policy issues; the views represented herein are those of the author(s) and do not necessarily reflect the views of Carnegie, its staff, or its trustees.