Home / Normal / More than window-dressing: On the credibility of public statistics from Al-Sisi’s Egypt 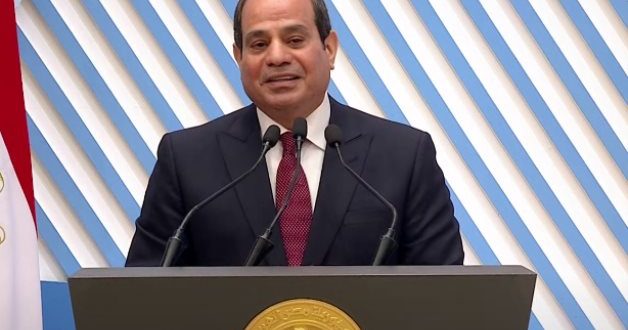 More than window-dressing: On the credibility of public statistics from Al-Sisi’s Egypt

Egypt has so far fared extremely well in the Covid-19 pandemic – at least according to their official figures. With slightly fewer than 360,000 cases up until the beginning of December 2021, the country ranks in an excellent position by international standards.

Measured per inhabitants, the pandemic has claimed only a fraction of the number of lives than in the US or in European countries. The only problem with this is there is every indication to assume that these figures presented by the administration under President Abdel Fatah al-Sisi are wrong.

Not only do eyewitness accounts suggest that Covid infections are not recorded properly and causes of death are declared erroneously but initial investigations into excess mortality also show that the number of Covid deaths could be up to 13 times higher than stated by the authorities.

Against this backdrop, other government statistics should also be scrutinised more closely. In fact, many official social and economic data can hardly be reconciled with reality. This becomes clear when examining the unemployment figures.

“Against this backdrop, other government statistics should also be scrutinised more closely. In fact, many official social and economic data can hardly be reconciled with reality”

The issue with these official figures, however, is that they are based on an extremely low participation rate: Many Egyptians do not appear to register as unemployed, not least because they have little hope of finding employment in the formal labour market.

Therefore, the official rate in no way reflects the actual unemployment in the country, which, according to labour market experts, could be far more than twice as high.

The official poverty rate of 29.7% is likely to have been also embellished. In the current report of the Ministry of Planning and Economic Development on the implementation of the Sustainable Development Strategy, it is argued that the poverty rate “has declined for the first time in 20 years in 2020” – a misleading claim for two reasons.

For one, the data collection period is not 2020 but 2019, an important difference, since the social and economic situation of the population has fundamentally deteriorated due to the onset of the Corona pandemic. Secondly, according to the World Bank, it is not possible to compare the figures with those of previous years because the poverty line is redefined for each survey.

Inconsistencies also emerge when looking at Egyptian state budget statistics. While budget documents are generally made accessible to the public, the stated information is often incomplete as not all revenues and expenditures are listed. The same applies to public debt. The 2021 Fiscal Transparency Report of the US Department of State emphasised the lack of disclosure of debts emanating from state-owned enterprises.

As for Egypt’s external debt, the Egyptian Initiative for Personal Rights (EIPR) recently pointed out that the provided figures are neither consistent nor coherent. Not least through the construct of contingent liabilities, the government could have a good instrument for disguising the country’s actual debt level.

By international comparison, Egypt underperforms significantly in terms of data openness and ranks in the recent Open Data Inventory (ODIN) index 153rd out of 187 countries. To counteract this trend, a Freedom of Information Law could help in gaining more transparency. However, its impact would remain questionable if the respective figures had already been forged in the first place.

Manipulation in the data collection and statistical production process is difficult to prove. Studies substantiate that manipulation takes place in dictatorships, e.g., in the calculation of GDP, which can be up to one third lower in authoritarian states than official statistics indicate.

With regard to Egypt’s GDP, there are no corresponding studies to date, however, there are also obvious discrepancies here. The government repeatedly refers to the private sector as the “engine of economic growth” while at the same time the independently collected Purchasing Managers’ Index (PMI) shows that economic activities in the non-oil private sector have been declining continuously for years.

The by far greatest problem is therefore not the availability and accessibility of statistics but the lack of independence in data collection and statistics production, which in Egypt is generally compiled by the Central Agency for Public Mobilisation and Statistics (CAPMAS).

Despite repeating assurance of professional independence, CAPMAS seems to lack impartiality and objectivity due to its complex intertwinement with the Egyptian security apparatus. This becomes apparent through the fact that the head of authority has a military background, as did all his predecessors.

One recent incident that underscored the impact of intelligence agencies and the presidency was the publication of the 2017/2018 survey on poverty: state officials tried to prevent the release of the report according to which the national poverty rate had risen to over 32%.

The situation is similar when it comes to the Central Auditing Organisation (CAO) which does not produce statistics itself but is responsible for auditing public budget figures and thus the data production of the Ministry of Finance. Apart from the fact that this supervisory agency itself does not operate in a fully transparent manner, it is also not acting independently from the president and the military.

The appointment of a new chairman by President al-Sisi in 2016 clearly demonstrates this: The former head of the CAO, who had been publicly critical of the spread of corruption in Egypt, was sentenced to five years in prison in a politically motivated trial in 2018.

His successor had previously worked as a senior attorney at the notorious Supreme State Security Prosecution, according to Amnesty International a central “tool of repression”.

The lack of independence in the statistical production process and its control within an authoritarian-ruled state is hardly surprising. The general connection between political institutions and access to and quality of policy-relevant economic variables was already pointed out in research years ago.

This is particularly true for a country like Egypt, where the military controls a large part of the economy. The political leadership under President al-Sisi cannot have any interest in releasing objective data.

“The real problem, however, is that the uncritical adoption of government statistics by the IMF, WHO, or other international organisations “whitewashes” this data”

However, these findings are repeatedly ignored by international actors. The IMF has a special responsibility in that regard, as it has closely accompanied Egypt’s economic and social policies through several programs since 2016. The uncritical inclusion of official Egyptian statistics in the Fund’s country reports is no coincidence.

On the contrary, the embellished presentation of the reality of socio-economic development in Egypt is likely to serve the interests of the IMF, which itself has increasingly emphasised the social dimension of its programs in recent years.

The same applies to the adoption of official budget figures. Egypt is now the second-largest debtor of the IMF, questioning whether the latter has a genuine interest in critically questioning the official budget statistics, particularly concerning the country’s solvency.

A realistic assessment of the situation in Egypt can therefore only be made through field research. Egyptian leadership is fully aware of this, making field access for academics and journalists deliberately difficult.