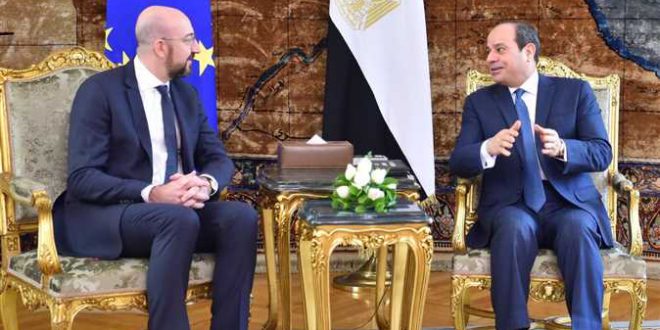 The decision to award Egypt the role of co-chair of the Global Counterterrorism Forum (GCTF) has been sharply rebuked by the head of the Egyptian Revolutionary Council, Dr Maha Azzam. In a letter to European Commission President Ursula von der Leyen, Azzam appealed for the decision to be reconsidered in light of Cairo’s appalling human rights record.

Egypt will co-chair the influential forum with the EU and will have a major sway in shaping global counter-terrorism policies. The bid was proposed by France, which currently heads the EU Council’s rotating presidency, on 11 January.

Denouncing the decision Azzam said that the EU had shown “remarkable tone deafness,” and that it was “a cynical subversion of the values of the EU and enables the violation of Human Rights, of the Rule of Law, the abuse of human rights, the use of torture on dissidents and entrenches dictatorship while undermining democracy for the sake of geopolitical or commercial considerations.”

Citing Egypt’s poor human rights, Azzam argued that awarding Cairo such a prestigious position amounted to legitimising the brutal crackdown of opposition by President Abdel Fattah Al-Sisi. The decision comes after Egypt’s abuses of human rights were condemned in a joint declaration by UN member states in March of last year, Azzam pointed out.

Egypt’s record on human rights “following the Junta’s assent to power in 2013,” says Azzam, has been documented in detail by the UN, the EU and international human rights NGOs including Human Rights Watch and Amnesty International. These include evidence of the suppression of dissent, the imprisonment of over 60,000 political detainees, the systemic use of torture and extrajudicial killings of dissenting voices.

“It beggars belief that the EU is even considering placing one of the most oppressive regimes in the world jointly at the helm of the Counter Terrorism Forum in a move that can only consolidate the legitimacy and efficacy of their oppressive measures at home,” says Azzam. She asks if the EU would consider rewarding Myanmar’s military junta in such a fashion.

Arguing that the decision was “fundamentally dangerous for the EU”, Azzam said that it “undermines any faith among citizens in the Middle East that the EU upholds its own values outside of its own borders, and thus undermines the very values on which the EU was founded.”

“Secondly,” Azzam continued, “an incompetent regime with the degree of oppression and corruption that exists in Egypt will inevitably fail” and therefore “it is in the interest of the EU to back democratic regimes that can bring about meaningful stability.”

Urging the forum to reverse its decision Azzam said: “I am therefore appealing to you both on moral grounds as well as on practical grounds to reconsider this decision. Geopolitical and commercial reasons can seem compelling but cannot ever be at the expense of the principles in the Europe Declaration or the lives and future of one hundred million oppressed Egyptians.”