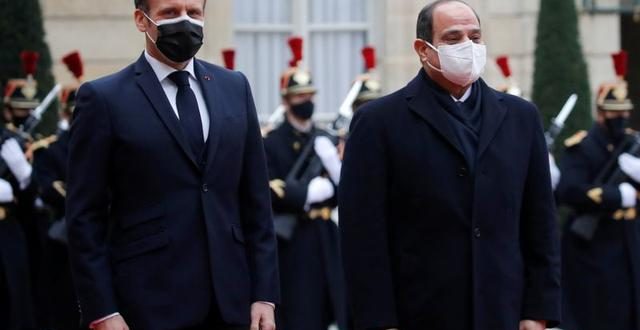 The European Union is planning a joint bid with Egypt for the leadership of an influential international organisation shaping global counter-terrorism policies.

Officials in Brussels last week approved the EU-Egypt bid to co-chair the Global Counterterrorism Forum (GCTF), despite widely documented evidence of human rights abuses and the use of counter-terrorism powers in the country since President Abdel Fattah el-Sisi seized power in 2013.

The bid was proposed by France, which currently heads the EU Council’s rotating presidency, on 11 January, one day after the Cairo-based Arabic Network for Human Rights Information (ANHRI) said it had been forced to close because of government persecution.

The ANHRI, one of the last independent human rights groups working in Egypt, said it was suspending its activities because of an “an absence of the bare minimum of the rule of law and respect for human rights”.

It said its workers had been arrested, intimidated and physically assaulted by security forces.

Ahmed Mefreh, an Egyptian human rights lawyer and director of the Geneva-based Committee for Justice, told MEE the proposed bid appeared to be an attempt by the EU “to help the Sisi regime in beautifying its image”.

He said it indicated a willingness on the part of some EU institutions to turn a blind eye to human rights violations despite concerns raised at the United Nations about Egypt’s abuse of counter-terrorism laws.

“Nominating Egypt as a chair of any international counter-terrorism forum is a mockery of the human rights violations in Egypt committed under the guise of the war on terrorism,” Mefreh said.

According to an EU Council memo dated 11 January and published by Statewatch, the proposed joint bid was first raised by members of the EU’s diplomatic service, the European External Action Service (EEAS), at meetings of an EU working party on terrorism in October and November.

It said Egypt had expressed interest in a joint bid and was “a long-time partner of the EU and co-chair of the GCTF working group on capacity building in East Africa”.

Responsibilities of the co-chairs would include “providing overall strategic direction and management of Forum activities,” it said.

The memo is marked ‘limite”, meaning the document is considered sensitive and not for publication.

The bid was approved on 12 January by an EU Council committee of permanent representatives from the EU’s 27 member states.

Peter Stano, an EU spokesperson, on Friday confirmed to MEE that the EU and Egypt had presented a joint bid to co-chair the GCTF. Potential candidates for the role are due to register their interest by the end of this week.

GCTF members will choose the next co-chairs at a meeting in March with the selected candidates beginning their term in September. The current co-chairs are Canada and Morocco.

The GCTF was established in New York in September 2011 and initially co-chaired by the US and Turkey. It has played an influential role in shaping the direction and development of counter-terrorism and counter-extremism strategies around the world over the past decade.

It works closely with the UN to promote the global body’s own counter-terrorism strategy.

Gavin Sullivan, a reader in international human rights law at Edinburgh Law School and a legal expert on global counterterrorism issues, told MEE that the GCTF had played an increasingly important role in shaping international counter-terrorism law with little accountability or debate.

“It suggests the EU is placing security co-operation with an authoritarian regime of geopolitical interest in the global war on terror as more important than adherence to international human rights norms and the rule of law – which are both core constitutional values of the EU.”

Egypt and the EU currently co-chair a GCTF working group on capacity-building in East Africa whose work has included “encouraging the implementation of good practices for effective counterterrorism practice in the criminal justice sector”.

Egypt was also previously a co-chair with the US of a working group on criminal justice and the rule of law.

Addressing a GCTF meeting in October, Mohamed Fouad Ahmed, director of Egypt’s counter-terrorism unit, said: “Egypt firmly believes that for our counter-terrorism efforts to be successful we must pursue a holistic approach addressing root causes of terrorism and violent extremism conducive to terrorism.

But the Egyptian government’s own use of counter-terrorism laws to quash dissent under Sisi has been widely criticised.

It is listed in the latest US State Department terrorism report among countries where “significant human rights issues influenced the state of terrorist activity in the country and may have impeded effective counterterrorism policies”.

In September, Human Rights Watch said Sisi’s government used the pretext of combating terrorism to give security forces “free rein to suppress all opposition, including peaceful dissent, with near-absolute impunity for grave abuse”.

Egyptian dissidents living in Europe have also complained of being threatened and spied on by Egypt’s intelligence agency.

Dissidents living in Germany last month told MEE that their situation had worsened since the German government signed a security pact with Egypt in 2017.

In December 2020, the European Parliament passed a resolution calling for a “profound and comprehensive review” of the EU’s relations with Egypt, and deploring the Egyptian authorities’ use of counter-terrorism legislation against human rights activists and Sisi’s political opponents.

The EU’s bid with Egypt to lead the GCTF was condemned by Ozlem Demirel, a member of the European Parliament for Germany’s Left party.

Demirel cited the recent case of Egyptian activist Hossam Menoufi Mahmoud Sallam who was arrested after the plane he was travelling aboard from Sudan to Istanbul was forced to make an emergency landing in Luxor.

“The Sisi regime is known for human rights violations. Collaboration with the coup leader and oligarch Sisi is a betrayal of all those fighting for social rights and democracy in Egypt,” Demirel told MEE.

Stano, the EU spokesperson, said: “The EU places great importance in taking multilateral action to counter terrorism. This initiative builds on the EU’s previous cooperation with Egypt in the GCTF as co-chairs of the East Africa Capacity Building Working Group over the last four years.

“Terrorism is a common challenge on both sides of the Mediterranean. Combatting this threat with due respect to human rights and international law is a joint commitment enshrined in the EU – Egypt Partnership Priorities.”

Human RightsInternational Relations and CooperationViolent Extremism
All
2022-01-21
asaeid
Previous The Cairo-Paris Axis: A growing alliance between Cairo and Paris is resulting in significant foreign policy coordination and in political and economic repercussions in both Egypt and France.
Next President Sisi pardons some inmates on occasion of Police Day