Home / Normal / The signs suggest that another uprising looms in Egypt 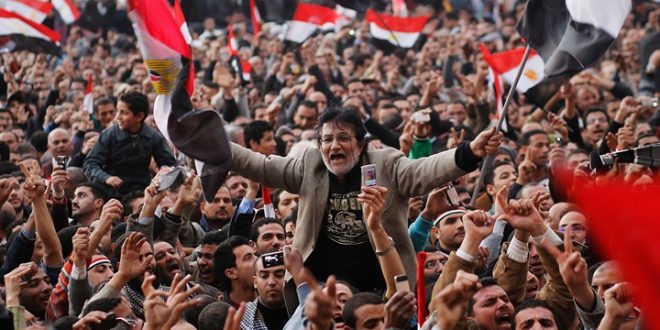 The signs suggest that another uprising looms in Egypt

Many human rights organisations, political activists and reports point out unambiguously that the people of Egypt have lived under a brutal police state since the 2013 military coup. From Human Rights Watch to the Arab Centre in Washington DC, it has been made crystal clear that Egypt has become a dark and terrifying place for its people, especially political activists.

The number of political detainees, executions and incidents of torture by the police is unprecedented in Egypt’s modern history, even under former President Hosni Mubarak’s dictatorial regime. According to Amnesty International, “The Egyptian authorities are using absurd reasons to imprison critics under the pretext of counter-terrorism.” It is noteworthy that Egypt’s uprising in 2011 was due to a similar, yet less obvious, state of affairs.

A close look at Matareya police station gives us an indication of the possibly disastrous consequences of police brutality if another revolution erupts. The inhabitants of Matareya have a nickname for the police station: “the slaughterhouse”. That speaks volumes. It has earned a reputation as being at the forefront of police violence and torture. Under Mubarak, political dissidents, delinquents and drug dealers experienced their worst hours there. When the revolution broke out on 25 January 2011, it was one of the first police stations in the country to be attacked by young people armed to the teeth.

Discontent in Egypt is not only a matter of human rights, though. Economically, public debt has grown exponentially, with Abdel Fattah Al-Sisi borrowing billions of dollars for projects whose feasibility has not yet been demonstrated. The harsh conditions imposed by the International Monetary Fund for the loans extended to Egypt have pushed more than 60 million Egyptians onto the threshold of poverty, which has spread like a particularly infectious disease. The vast majority of Egyptians are still paid so badly that they cannot hope to survive this stifling economic crisis that the regime has encumbered them with. Indeed, government corruption makes it worse.

“The gap between the haves and have-nots in Egypt has never been wider,” says Sahar Khamis of the Arab Centre in Washington. In fact, there are two Egypts: first class Egypt where the rich people live; and the rest of Egypt where the poor live.

The elites live in gated communities enjoying a comfortable lifestyle. Sisi’s mega-projects aim to make it a super luxurious lifestyle. Such projects are being funded by loans paid for by the poor, for whom they are a huge burden. Rural and Upper Egypt suffer more than urban areas. Were it not for the fact that there are charitable projects funded by civil society organisations supporting neglected communities with basic daily essentials, the situation in such areas would be even worse.

State repression and brutality against opponents and detainees, the dire economic crisis and the highly prejudiced economic milieu are justified by official and private media outlets controlled by the police state. All detainees are labelled as “terrorists” and members of the “Muslim Brotherhood”. Even if the detainee is a Christian, liberal, social activist, or even a feminist public figure, they will be accused of belonging to the banned movement. The people are told that President Sisi is building a “new republic”, and the process requires citizens to be patient and not complain about poverty, injustice or repression. The new state is being promoted with its own hashtag on Egyptian TV: #الجمهورية_الجديدة

Many analysts have discussed the potential for another Egyptian uprising; a whole new Arab uprising, which will not just happen out of thin air. The 2019 protests provide an example: protestors all over Egypt called for Sisi to be removed from power. The protests continued for several days leading to a large-scale deployment of the security forces in city centre streets and squares; the regime feared a repeat of the 25 January 2011 scenario.

This is what pushes the regime towards more brutality, leaving a vacuum wherein the general mobilisation of activists cannot take place because they are either in prison or exile. However, the sparks are beginning to fly as calls are made for justice.

It will not be long before the people take to the streets to demand their rights, include fairness and justice. At the moment, though, the repressive regime has made sure that the influential political figures able to take a lead with the masses are absent. In the absence of good leadership, however, a new uprising could have even more serious and unforeseen consequences.