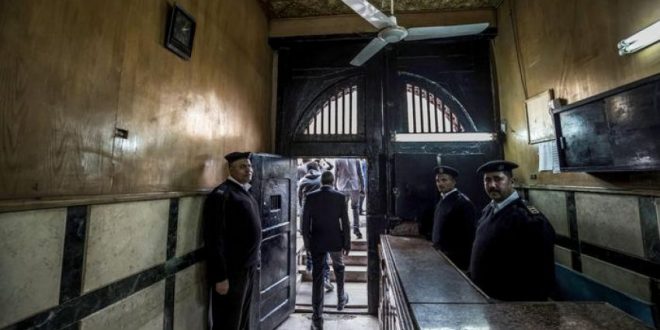 Over the summer last year, Nourhan Moustafa’s brother left the house to attend a meeting with a colleague but, instead, was arrested by National Security Agency officers who stole his money, keys and mobile phone.

At the NSA security headquarters, Kareem was tortured by electric shock and beaten, even though he has an overactive thyroid that makes him vulnerable and at risk of falling into a coma.

Kareem later found out he was imprisoned because of a post he allegedly shared on Facebook in 2014, only at the time of the alleged offence, he did not have an account. His father is a political dissident living in exile in Turkey and it is likely that is why he was arrested.

Eventually Kareem was released, but there were conditions. He had been put on probation, a method of control increasingly used by the Egyptian regime to extend the amount of time its opponents are deprived of their freedom, says Director of the Committee for Justice, Ahmed Mefreh.

As part of the terms of his probation, every Thursday Kareem must go to the local police station and sign in. What should be a simple procedure in which Kareem goes in and out has become something far more sinister. He is regularly held for several days at a time in a room, which is kept at a very cold temperature.

To intimidate him, prison officers recount what Kareem and his friends have been doing in the past week, so that he knows he is being watched. No one is allowed to leave without permission of the senior officer, who is known among prisoners as the Pasha.

Including Kareem, there are roughly 12 people who sign in on the same day. Every week, five are chosen to have fresh charges brought against them and are returned to prison. Others are interrogated about their family and neighbours and are told they must give names of anyone with political views that do not align with the regime.

“The Egyptian state seeks to make all the people informants and spy on each other, as what happened in Syria since the era of Hafez Al-Assad,” says Nourhan, “where the father used to tell the police about his son, the brother about his brother, and the wife about her husband, otherwise they would be subjected to the most horrific forms of torture.”

“The person under police surveillance – probation – is held hostage by the security services, who can be pressured and bargained for the information he has,” agrees Mefreh, “or to loosen the security grip on him and allow him to sleep in his house among his children and family. So one of the goals of the regime may be creating a network of information through those subject to police probation, and this is not surprising for a system like the Egyptian one.”

As Thursday approaches, the atmosphere is tense in Nourhan’s household. Last week, it was worse than they imagined when Kareem went for his weekly sign in, but did not return home from the police station for a week. He did not have his medication with him and only when he started to lose consciousness, did the police call Kareem’s lawyer and ask him to pick him up.

Former prisoners on probation are more likely to be detained if they are from a prominent family and can afford to pay the rashwah, or bail, which can be set as high as 100,000 Egyptian pounds and is used by the regime to extort money from the families of prisoners.

Kareem’s family has no money to pay the rashwah because the regime confiscated all their property and froze their bank accounts, but they still ask for between EGP 2,000 and EGP 100,000 every time he goes. Instead, the family brings cigarettes and food for the prison guards, in the hope that, in return, they will treat Kareem well.

“The state has become a whale that swallows everything it finds and is never satisfied,” adds Nourhan.

Last year, Kareem and Nourhan’s uncle, who is 71 and blind, was summoned to the national security headquarters and interrogated, simply because his sister is married to a political dissident. Authorities were alerted when one of his wife’s relatives applied for a high-ranking position within the government and his name came back during a routine security check.

“I wonder what that weak man did to be summoned weekly,” says Nourhan. “I think it is an attempt to pressure everyone and sow hatred and family strife. As a result, some family members boycotted us, and others always threaten our relatives to report them to the police if they do not carry out what is asked of them, and so on.”

“My uncle doesn’t have any charges against him. Every time they tell him, you don’t have a problem; your problem is that your sister is married to her husband.”

Whilst there are no official figures for the number people who are on probation, and neither are there accurate records from human rights groups, Mefreh estimates that hundreds, if not thousands, of Egyptian prisoners are subject to probation on release from prison.

Not only does probation affect former prisoners’ reintegration into society, but it is more like a punishment for opponents, says Mefreh, and yet another way to humiliate and repress the state’s opponents. On top of this, it is implemented on the whim of a judge and their political views rather than based on a set of clear conditions for the implementation of a police surveillance system.

“They are prevented from using computers and phones or communicating with their families throughout the period of probation – that may extend for several years – from sunset until the next morning, meaning that there are those who have not stayed in their home since their release, even one night because of the probation sentence they are serving,” says Mefreh.

“During the Mubarak era, we rarely heard about a political opponent who was placed under police probation,” he continues, “and even if it was done, the probation would be carried out in his house, so that a police foot patrol would pass by him to make sure that he was in his house throughout the probation period.”

“As for what is happening now, the Sisi regime is addicted to political animosity towards his political opponents.”