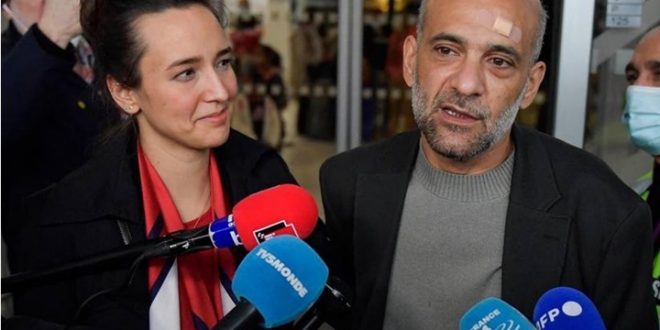 Ramy Shaath, an activist who spent two and a half years imprisoned, has described Egypt under President Abdel Fattah el Sisi as a “banana republic,” Monte Carlo International reported on Wednesday.

Shaath was freed on 6 January after he was forced to renounce his Egyptian nationality.

He was a member of several secular political groups in Egypt and a co-founder of Egypt’s pro-Palestinian BDS movement. Upon release, Shaath was handed to a representative of the Palestinian Authority in Cairo before being flown to Jordan and then to France.

Monte Carlo reported Shaath as saying that he was detained along with 1,800 prisoners; “all of them were detained without committing violent crimes, but on grounds related to their opinions.”

He stated that, initially, the prisoners consisted of revolutionaries, NGOs activists, and normal people without political affiliations or those who sympathised with the Islamists.

“Later on, in 2020, the nature of prisoners started to change.” He said “the majority of the prisoners consisted of people without any political past or those who were arbitrarily detained.”

Shaath recalled the case of a surgeon who was detained because his son chanted a song at school that included a name used by the opposition to refer to el Sisi.

He also spoke of a taxi driver who was imprisoned for a year and a half for expressing his discontent over the rising price of fuel.

“The message of the Egyptian authorities is simple,” he said. “If you open your mouth, you will go to prison. Egypt has become a banana republic based on fear.”

About the conditions of his detention, Shaath said he spent two and a half years in a 23-metre square room with crumbling walls, a simple blanket, a hole in the ground to be used as a toilet, and a corner used as a bathroom.

The activist, who is of Palestinian origin and married to a French woman, said that he was not tortured and acknowledged that France did play a role in his release; but it can and should play a greater role.

“There are thousands of other prisoners who are less famous,” Shaath said. “They deserve to be released from prison, regardless of their political affiliations.”