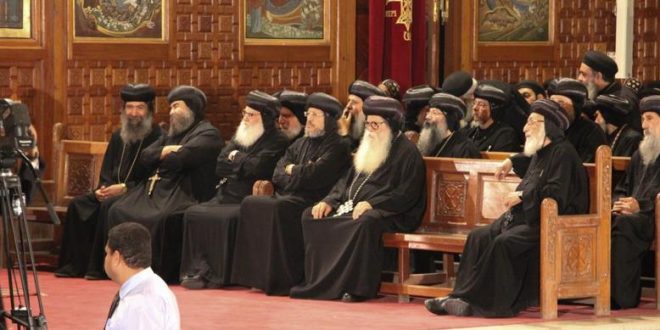 Why do Egypt’s Christians support Sisi?

There is no doubt that the vast majority of Egypt’s Christian citizens support President Abdel Fattah Al-Sisi and his regime. They were the first to give their backing to Sisi to carry out the 2013 military coup, and the first to support it when it took place. The overwhelming majority have maintained this support, whereas many of the Muslims who supported Sisi and his military coup have changed their position, with some now criticising and opposing him.

Why do Egypt’s Christians support Sisi? They are a minority, and like any religious, ethnic, national or other minority, they believe that it is in their collective interest to rally around the ruler of the country. Not out of any love for Sisi, in this case, but in a communal quest for protection from the prevailing majority, which may persecute the minority or may already be doing so.

Even if this ruler is a dictator who tyrannises the whole population without distinction, it is better for a minority to show complete loyalty and obedience without criticising him or his policies. This will help to enable it to live in relative peace and security, even as the ruler tyrannises everyone else.

Christians in Egypt fear political Islam. When the Muslim Brotherhood won a majority in parliament, and then Dr Mohamed Morsi won the presidential election in 2012, the Christians believed the scaremongering of the biased media and feared the worst. They were ready to believe that the Brotherhood would treat Christians as second class citizens and impose the “jizya” (tribute) upon them; apply Islamic inheritance laws on all communities; close or demolish churches; and prevent the study of Christianity in schools. Rumours spread that Christian girls would be forced to marry Muslim men, and would even be kidnapped to convert them to Islam by force. Moreover, that groups for the “Promotion of Virtue and Prevention of Vice” in the streets would be launched to beat or arrest non-veiled Muslim women and immodestly-dressed non-Muslim women. Such were the anti-Brotherhood claims.

No wonder, then, that Christian fears were stoked. It was almost natural, therefore, for the Christians in Egypt to be among Morsi’s opponents and supporters of the coup against him.

I do not deny that there are extremists who stir up hatred towards Christians; to do so would be to deny the reality. Take a look at social media and you will find that there are many who are still discussing controversial issues that were raised 1400 years ago and the advent of Islam, regarding Christianity, the nature of Jesus (peace be upon him), Christian religious holidays and celebrations, and about the permissibility or not of congratulating the Christians at such times.

Those who try to prove the error of the Christian faith and accuse its followers of being misguided are unlikely to change Christians’ adherence to Christianity; nor are they likely to convert them to Islam. They are, in fact, simply proving to Christians that some Muslims hate them and confirming, in their mind, the persecution from which they claim to suffer.

However, although the Christians are a minority in Egypt, led by the Coptic Church they have a loud voice in the West, especially regarding religious persecution, real or imagined, current or historic. Requests for asylum in Europe or the US are generally accepted automatically when the asylum seeker is an Egyptian Christian rather than a Muslim.

The Christian voice is listened to by Western politicians who in turn make Sisi seek the support of Egypt’s Christians and the strong Orthodox Church at home and abroad. He needs to convince the West that he protects religious minorities in Egypt if Western aid is to continue to flow into his coffers. As a result, the relationship between the regime and Christian citizens gets stronger because it is of mutual benefit.