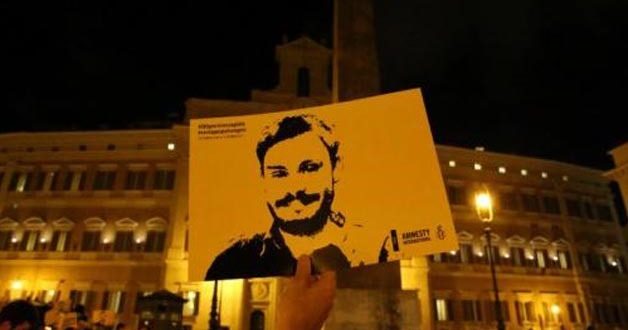 An Italian judge has asked the country’s government to intervene in the trial of four Egyptian security officers accused in the kidnapping and murder of PhD student Giulio Regeni in 2016, the Italian ANSA news agency reported.

On Monday, the judge sent the case documents to the Italian government to verify if Egyptian authorities had responded to warrants sent in April 2019 and to see if there was room for dialogue with Cairo on this matter, according to ANSA. The judge also set a court date for 11 April to hear the outcome of his requests.

A special investigations team of Rome’s Carabinieri, a police force with a military statute that operates jointly under Italy’s ministries of interior and defence, will lead an investigation to acquire the addresses of the four defendants, according to independent Egyptian news website Mada Masr.

The four accused were referred to a criminal trial in absentia in May. They were charged with the “aggravated kidnapping” of Regeni, while one of the four was also charged with “conspiracy to commit aggravated murder”.

However, the court decided in October that it could not proceed with the case until there was proof that the defendants had received notice of being on trial in Italy. As a result, the case was returned to a preliminary hearings judge.

Regeni, a doctoral candidate at Cambridge University who was researching independent trade unions in Egypt, was discovered dead in January 2016, after being left semi-naked on the side of the Cairo-Alexandria highway.

His body showed that he had been beaten, burned and stabbed before his neck was broken after being struck from behind with a heavy, blunt object.

Case could be derailed

Experts have indicated that the nature of his torture and eventual murder points to Egyptian intelligence agents as the likely culprits.

Last June, The Guardian published Facebook messages sent by Regeni in the weeks leading up to his murder, indicating he was concerned about the risks he might face doing his thesis on trade unions in Egypt – long considered a sensitive subject in the country.

In November 2020, the Egyptian Public Prosecution closed the file on Regeni’s murder, saying authorities failed to identify a suspect in the case.

Rome continued to pursue the case, announcing in April last year that it obtained new testimonies proving that the four defendants planned to mislead the investigations into Regeni’s murder by reportedly framing five Egyptian citizens.

Last month, an Italian parliamentary committee formally accused the four defendants and the Egyptian security services of being responsible for Regeni’s murder, calling on the Egyptian side to “bear its responsibilities”.

“The time has come for a decisive step to be taken with the Egyptian government in order to remove the obstacle hindering the probe,” the committee said.