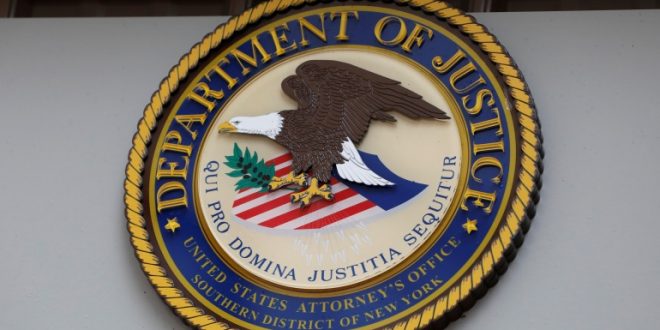 Authorities in the United States have arrested an Egyptian-American man from New York on allegations that he unlawfully worked at the behest of the Egyptian government to track the “political opponents” of the country’s president, Abdel Fattah el-Sisi.

The US Justice Department said it took Pierre Girgis, 39, into custody on Thursday.

“Agents of foreign countries are required to register with our government for a good reason – they often act in their home country’s interests and against those of the United States,” Michael J Driscoll, assistant director-in-charge at the FBI’s New York field office, said in a statement.
Secretary of State Antony Blinken with Egyptian Foreign Minister Sameh ShoukryUS Secretary of State Antony Blinken met with Egyptian Foreign Minister Sameh Shoukry as part of the US-Egypt strategic dialogue in Washington, DC, in November 2021 [File: Alex Brandon/AP Photo]

“We allege Mr. Girgis sent non-public information back to Egypt for the benefit of the Egyptian government. Mr. Girgis broke our laws, and we must hold him accountable.”

The Justice Department said Girgis worked “at the direction and control of multiple officials” in Egypt to gather information on Egyptian dissidents. The alleged activities took place between 2014 and 2019, the department said.

Al Jazeera was unable to reach Girgis or his lawyers. The Egyptian embassy in Washington, DC, did not immediately respond to a request for comment on Thursday.

The Foreign Agents Registration Act (FARA), a 1938 US law, requires individuals working on behalf of foreign governments in the United States to register with the Justice Department and to publicly disclose their political activities periodically.

The US and Egypt enjoy warm ties, with Washington giving $1.3bn in military assistance to Cairo annually and top US officials praising the Egyptian government for playing a key role in the Middle East.

But US President Joe Biden has faced calls to do more to pressure Egypt to respect human rights.

Rights groups accuse el-Sisi’s government of jailing thousands of dissidents and outlawing virtually all forms of political opposition since coming to power in a 2013 coup. However, the Egyptian president denies holding political detainees and says his government is fighting “terrorism”.

Biden had promised to put human rights at the heart of US foreign policy, and before the 2020 elections, he promised “no more blank cheques to [Donald] Trump’s ‘favourite dictator’” in reference to el-Sisi.

But since coming into office, the Biden administration has said it is pushing to strengthen the US-Egypt partnership.

Biden withheld $130m out of the $1.3bn in annual aid to Egypt over human rights concerns, but rights groups had called for suspending at least $300m.

“If the administration’s dedication to human rights were sincere, this decision would have been simple: withhold the $300 million in military aid as conditioned by Congress to incentivize al-Sisi to change course,” a coalition of organisations said in September.