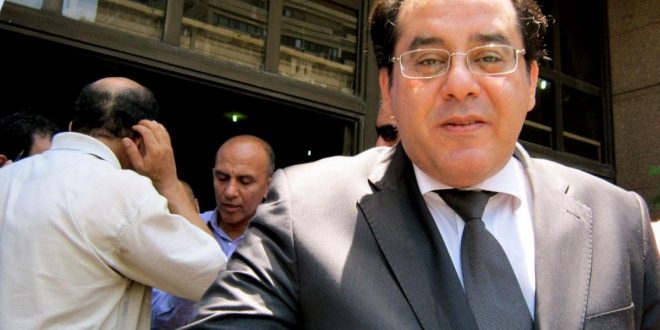 A former Egyptian presidential candidate fears for his life after cyberattacks

The leader of Ghad El-Thawra party and former Egyptian presidential candidate Ayman Nour fears for his life after his phone was hacked by two different groups.

The exiled activist was a long-standing opponent of the late dictator Hosni Mubarak and stood in the 2005 presidential election before being jailed for three years. He now heads Al-Sharq TV, an opposition satellite station broadcasting from Turkey, and is a critic of the regime of Abdel Fattah Al-Sisi in Cairo. He believes that he has been a target of surveillance by the Egyptian government for many years, but this time he has evidence.

The Toronto-based cybersecurity watchdog Citizen Lab has confirmed that Nour was targeted by two spywares: the Israeli-developed Pegasus made by NSO; and Predator, made by a Europe-based company called Cytrox. According to Citizen Lab, the government in Cairo is a likely Cytrox customer. It mentioned another Egyptian target, an exiled opposition journalist who prefers not to be identified, who was also hacked by Cytrox.

Nour’s party Ghad El-Thawra condemns “the involvement of the Egyptian, Saudi and Emirati regimes in these loathsome operations.” The Citizen Lab report describes this as a violation of international law, human rights, individual privacy and freedom of expression.

I interviewed Ayman Nour, who fled from Egypt after the 2013 military coup which brought Al-Sisi to power.
Osama Gaweesh: When and how did you discover that your phone was infected by spyware?

Ayman Nour: For many years, I had concerns about my phone being hacked. However, in 2018, there were serious indications that this was the case. Egyptian and Arab TV channels close to regional governments started to broadcast parts of one of my telephone calls and false stories about it, as well as some personal photos and suchlike.

Over the past couple of years, things have taken a dramatic turn. First, I changed to an iPhone then several notifications appeared on the screen. Sometimes the phone was turned off repeatedly and on other occasions it became very hot. I ignored it all until Washington Post reporter Dana Priest visited me and asked if I had any concerns that my phone had been hacked. I said yes.

Immediately after my conversation with Dana, I sent my phone’s content to a British company in London which contacted Citizen Lab. A few months later, Citizen Lab confirmed that two spywares had hacked my iPhone.
OG: How did you feel about this?

AN: I felt very sad that Arab countries are spending a huge amount of money for nothing. I am a liberal Egyptian politician. I have nothing to do with violence or suchlike, and I say what I have to say in public. There is no explanation or justification for the attack on my private life in this unfortunate and unacceptable way, either legally or morally.
OG: According to Citizen Lab, Egypt and other countries have been involved in cyberattacks. Do you know which are responsible for hacking into your phone?

AN: I would say that Saudi Arabia and the UAE are responsible for the Pegasus spyware. As for the Cytrox spyware, I believe that it is Egypt and Israel’s NSO.
OG: What are the implications for your personal and professional life of these cyberattacks?

AN: During and after the phone hacks, two things have happened: an Arab satellite TV station broadcast voice recordings attributed to me; and an Egyptian TV anchor broadcast death threats live on his show by calling on any Egyptian who could locate me to kill me. This demonstrated that my location at any given moment can be discovered.

I recently received warnings on my iPhone showing that an unknown subject was monitoring me and tracking my location closely. I felt that my life was in real danger. Another warning notification advised me to report this to the local police. That made me think of my late friend Jamal Khashoggi, the Saudi journalist who was murdered inside the Saudi Consulate in Istanbul on 2 October, 2018.
Screenshot of Nour’s iPhone showing a warning notification advising him to contact the local police

Screenshot of Nour’s iPhone showing a warning notification about an unknown subject monitoring him closely
OG: The Citizen Lap report mentioned another exiled journalist targeted by the same spy software as you. As the director of a satellite TV station, how do you describe the way that the Egyptian regime deals with journalists?

AN: Authoritarian regimes have always dealt with everyone with a different point of view as an opponent; they consider every opponent to be a Muslim Brotherhood member; and every Brotherhood member to be a terrorist who has no right to express his thoughts and deserves to be jailed or killed. The Egyptian regime will keep targeting journalists abroad and jailing journalists in Egypt.
OG: What legal action do you plan to take?

AN: In a press conference in the first week of January, I will announce legal action against the spyware companies who produced and sold this harmful software to many authoritarian regimes enabling them to target dissidents, journalists and politicians worldwide. I believe that this is the time for all democracies and politicians worldwide to stand together against the production and sale of this kind of software.