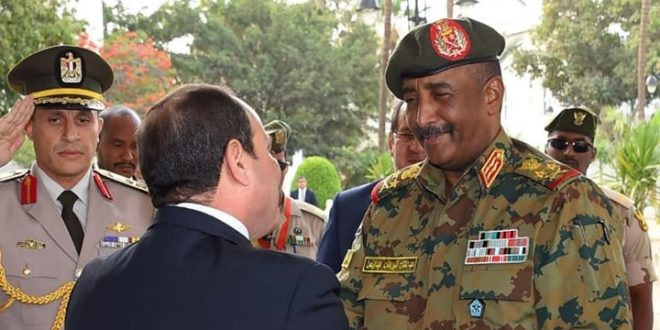 Sudanese Prime Minister Abdalla Hamdok has revealed the reasons for his delay in forming the new government. He confirmed in a Facebook post, “Since the signing of the political agreement Nov. 21, the transitional government has not been formed. We are well aware of the involvement of all the political forces supporting the revolution and the civil democratic transition in a serious and deep dialogue to agree on a national charter, and to create a broad front to achieve and fortify the civil democratic transition.”

He continued, “This national consensus will constitute a national framework to unite ranks and establish a mechanism to form a technocratic government. It will also help complete the structures of the transitional authority and monitor its work to achieve the priorities of the remainder of the transitional period. These include implementing the Juba Peace Agreement, completing the peace process, achieving stability and economic recovery, enhancing the security situation and completing the democratic transition process through free and fair elections.”

The Sudanese military, led by General Abdel Fattah al-Burhan, took control of the transitional government in a military coup on October 25, 2021.

Hamdok’s efforts to form a new transitional government come in light of the serious complications in the political scene in Sudan, after several political forces in the country — most notably the Forces of Freedom and Change — rejected the political agreement concluded Nov. 21 between Hamdok and the head of the Sudanese Sovereign Council, Lt. Gen. Abdel Fattah al-Burhan, according to which Hamdok was released and reinstated until elections in 2023. Consensus has not yet been reached among the various groups after Hamdok agreed to form a new transitional government. Regarding the detainees, the agreement also included several items that represent a new road map outlining the democratic path for the transfer of power and the completion of the transitional phase.

Sporadic protests have been emerging rejecting the political agreement. It is probable at this point that the remnants of Bashir’s regime are supporting and contributing to these protests to pull the country backward.

Ambassador Salah Halima, former assistant foreign minister in Egypt, asserted that Hamdok’s success in overcoming the current stage and bringing about a technocratic government is his biggest challenge.

Regarding Hamdok’s leeway to choose new ministers, Halima noted, “According to the political agreement, Hamdok has full freedom to take the decisions of the executive authority, and the evidence for this is his immediate suspension of Abdel Fattah al-Burhan’s position appointments that came after the October 25 events, and the appointment of new officials across all state institutions.”

In a message of reassurance, Burhan, who is head of the Sovereign Council in Sudan, affirmed that the political agreement is the safe way out to complete the tasks of the transition. He underlined that work is underway on a charter that includes all political forces, with the exception of the National Congress Party (Bashir’s party). The army will remain faithful to its pledge to the people in completing the democratic transition, leading to elections, as Hamdok decided to relieve the secretaries of provinces of their tasks and assign successors to them.

Abdel Raouf el-Reedy, former Egyptian ambassador to Washington, told Al-Monitor that Hamdok is facing challenges, including bringing in a government that enjoys national consensus and the support of the Sudanese people, given the state of division. Under the intense political situation in Sudan, the formation of the government will need more time so that Hamdok can create political consensus between the various political forces, especially since some of them are opposed to the political agreement. He emphasized that the Sudanese situation is important for Egypt. For that reason, Egypt is closely monitoring developments in Sudan.

Hadi said, “One of the key challenges that the government will face after its formation is containing the crisis in eastern Sudan, in addition to the occasional conflicts between the military and civil components, and each faction’s attempt to impose its control over the state’s decisions. Among the issues awaiting government, it is to provide a decent life for the Sudanese people by improving their daily living conditions, especially since the United Nations Office for the Coordination of Humanitarian Affairs confirmed in a report that 14.3 million Sudanese, representing about 30% of the population, are on the brink of starvation and will need food assistance for the next year.”

Amani al-Taweel, adviser with Al-Ahram Center for Political and Strategic Studies and an expert in African affairs, explained to Al-Monitor the most important challenges that Hamdok faces in forming his next government, and emphasized the absence of a political base that qualifies him to choose competencies capable of cooperating with him in a technocratic government. She underlined that there are efforts to cement that base, but there are underlying differences and divisions, and some political forces’ refusal of the political agreement constitutes a challenge as well.

She said in an exclusive statement that it is unlikely that the Forces of Freedom and Change will be represented because the international support that these forces enjoyed is now nonexistent. Besides, the military component no longer welcomes the members of the Forces of Freedom and Change, unless new, welcomed elements are pushed to the forefront. This is not possible though, in light of Hamdok’s efforts to form a technocratic government.

She noted, “The process of forming the government is marred by a lot of ambiguity, in addition to the fact that a future ministerial period in Sudan has become unwelcome for many Sudanese cadres and technocrats in light of the deteriorating political and economic conditions of the country.”

Ambassador Mohamed el-Shazly, former Egyptian ambassador to Sudan, told Al-Monitor, “The Sudanese people are now distrustful of the symbols of the current Sudanese authority because what Burhan did on Oct. 25 created a political vacuum and distrust. Burhan did not set matters straight, but rather imposed his opinion by force. With this stubbornness, he dragged the country into a wave of political conflicts, which resulted in the emergence of many demonstrations rejecting the presence of the military component entirely. This makes it difficult to provide a secure environment in which the next government can accomplish its required tasks.”

International Relations and Cooperation
All
2021-12-17
asaeid
Previous Germany: Merkel government greenlit controversial arms deal with Egypt
Next What’s Behind the Partnership between Russia and Egypt?