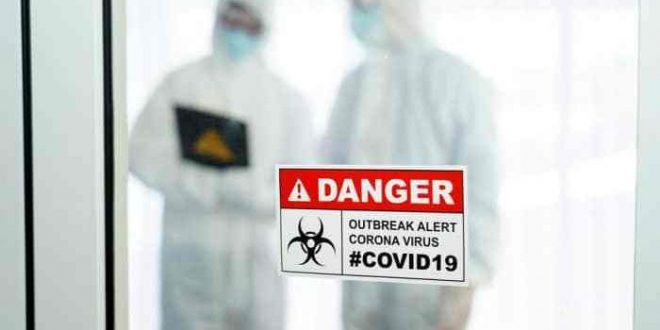 The Egyptian Cabinet announced on Friday night that direct flights from seven African countries would be temporarily halted in response to the spread of a new coronavirus variant.

In its statement, the Egyptian Cabinet said directs flights from South Africa, Lesotho, Botswana, Zimbabwe, Mozambique, Namibia, and Eswatini would be blocked and a range of measures would be introduced for any travellers arriving in Egypt from such countries via indirect flights, whether for transit or otherwise.

Egypt’s decision follows the discovery of a new COVID-19 variant that has primarily appeared in those seven countries, in addition to Israel, Belgium and Hong Kong. Earlier on Friday, the World Health Organization (WHO) declared the new COVID-19 variant to be ‘of concern’ and named it ‘Omicron’.

The WHO said that Omicron had a large number of mutations and that early evidence suggested an increased risk of reinfection and transmission rates.

In its public statement, the WHO said that Omicron, known scientifically as B.1.1.529, was first detected from a specimen collected on 9 November 2021 and first reported to the WHO in South Africa on 24 November.

In addition to Egypt, the European Union, Switzerland and the United States of America have all halted flights from a number of countries in Africa.
What are the new measures in Egypt for travellers arriving from the seven countries?

Any travellers from the seven countries arriving in Egypt via indirect flights from other countries will be subjected to additional COVID-19 testing at airports. If a traveller is in Egypt for transit, they will be required to undergo a rapid test at the airport upon arrival for transit. If the traveller tests positive, they will be required to return on the same plane they arrived in Egypt on.

In addition to measures targeted at travellers, Egypt’s Ministry of Health announced on Friday that it would be ordering quarantine facilities and health departments across the country to raise their level of preparedness.

COVID-19 continues to spread in Egypt, with an average of 886 cases a day between 18 November and 26 November 2021. Despite government efforts, vaccination rates continue to lag, with only 15 percent of the country (15 million people) being fully vaccinated and 25 percent (25 million people) having received at least one dose.

Official records suggest that more than 354,000 people in Egypt have been infected and more than 20,000 have died since March 2020.