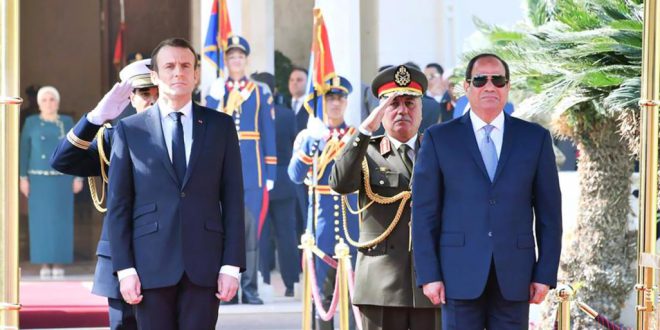 A global human rights watchdog, on Wednesday, called on French authorities to “immediately investigate” allegations on involvement in aerial attacks against civilians in a joint “covert operation” with Egypt at the Libyan border in 2016-2018, Anadolu News Agency reports.

The HRW noted that France had previously aided the “appalling human rights record” of Egypt under the government of President Abdel Fattah Al-Sisi, a country that is “among France’s top arms clients.”

“France continues to sign major arms deals with Sisi’s government – also under the pretext of security and fighting terrorism – despite evidence that some of these weapons had been used to violently suppress protests and commit other human rights violations,” it added.

Citing a statement by the French Armed Forces Ministry on launching an investigation “into the information disseminated by Disclose” a day after its release, the watchdog said it remained “unclear whether the investigation would focus on the origins of the leaks themselves, or the allegations contained therein.”

“France should immediately investigate the allegations made by Disclose into the reconnaissance mission in Egypt’s western desert and suspend all sales of security-related assistance to the Egyptian government.”

Despite the alleged evidence of French complicity in the killing of civilians, Disclose said in its report that French forces were “still deployed in the Egyptian desert.”

In May, the website also revealed that Egypt signed an agreement to purchase Rafale fighter jets from France in a deal worth €3.75 billion ($4.52 billion).

It also revealed that a major weapons sale by France to Egypt was “secretly” signed on 26 April at Sisi’s request.

Besides the warplanes, the deal also involved two other contracts with the France-based missile manufacturing consortium, MBDA, and avionics firm, Safran Electronics & Defence, together worth €200 million.

As a result, the total value of the deal amounted to €3.95 billion.

The Disclose documents also show that the Egyptian State has obtained a loan of which 85 per cent is to be guaranteed by France.