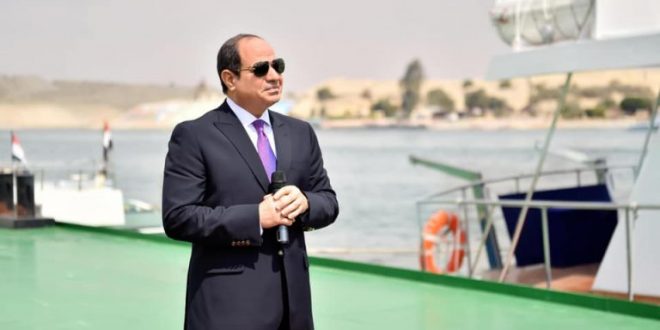 Sisi’s battle with human rights is not over yet

This article is not about promoting intellectual tranquilisers or selling illusions to those oppressed by the injustices in Egypt for the past eight years and more. Rather, it is an attempt to analyse some real events that give a genuine glimmer of hope in the darkness of Abdel Fattah Al-Sisi and his regime.

On 3 November, the African Commission on Human and Peoples’ Rights (ACHPR) issued a directive to the Egyptian regime to suspend the execution of a number of dissidents in the Rabaa Al-Adawiya Square dispersal case. This puts real pressure on the regime, which has been seeking to whitewash its human rights image and repressive reputation by announcing what Al-Sisi called the new national strategy for human rights in Egypt.

The Muslim Brotherhood, led by Acting General Guide Ibrahim Mounir, engaged Tayab Ali of leading British law firm Bindmans to submit a request to the ACHPR to intervene to stop the execution of political opponents in the Rabaa case. I hosted Ali on the “Window on Egypt” programme, broadcast by Al-Hiwar satellite channel, and asked him if the ACHPR move is a legally binding victory against the Sisi regime, or something that the Egyptian president can simply ignore.

The lawyer’s answer was interesting. Egypt, he pointed out, is a signatory to the African Charter and a member of the African Union, and so it falls directly within the legal jurisdiction of the ACHPR. In other words, Egypt must abide by the directive immediately and suspend the executions. If it doesn’t, it will be in clear and explicit violation of the Charter of the African Union, which will entail some repercussions that the Egyptian regime really does not want.

Egypt generally deals seriously with ACHPR decisions. According to Ali, he met with Egyptian lawyers who went to Gambia to defend Egypt’s position in a similar case, which suggests that the Sisi regime does not treat the commission with disdain.

In addition to the ACHPR move, three organisations in the Netherlands — Peace Organisation PAX, Stop the Arms Trade and the Dutch section of the International Commission of Jurists — submitted to the Dutch courts a summons for a representative of the government to explain the arms deals that the Netherlands has concluded with the Sisi regime during the past year. Such deals have gone ahead despite them being banned by Dutch law because of Egypt’s bad human rights record. Last year, for example, the Dutch government announced a €114 million deal with the Egyptian Navy for command and control systems and military communications equipment.

Last week was not the best for the Sisi regime in terms of human rights. Despite the meeting of Egyptian Foreign Minister Sameh Shoukry with his US counterpart Antony Blinken in the US-Egypt strategic dialogue, the Egyptian Action Group for Human Rights in the United States, an independent group of jurists focusing its efforts on events in Egypt, raised a set of questions to the Biden administration and Secretary of State Blinken. The latter ignored human rights issues in his meeting with Shoukry and only referred to them in a simple paragraph in the joint statement released to the media.

The Washington Post newspaper duly noted the Biden administration’s failure towards the human rights situation in Egypt and Washington’s silence about the ongoing violations committed by the Sisi regime against political opponents. The battle between Sisi and human rights is thus far from over. It is probably only going to end with the departure of the former general and his being held to account.

In the meantime, as long as the people of Egypt stand in opposition to the regime, and uphold their right to democracy, freedom and dignity, they will not lose hope. That is the lesson to be learned from recent events. 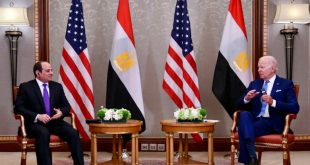