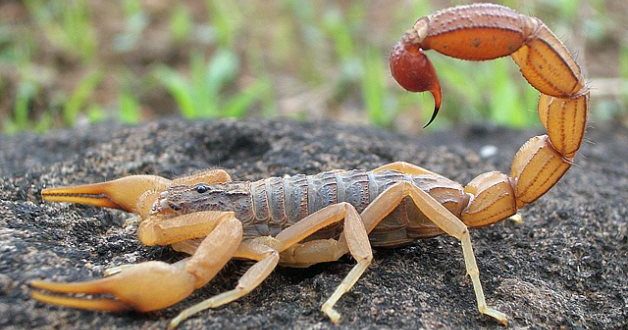 Scorpions with a venomous sting have killed three people and injured 450 others in Aswan Egypt after heavy storms on Friday bought them onto streets and into homes.

Thunder, rainfall, dust storms, and snowfall in Aswan flushed the scorpions out of their hiding places.

Dozens were hospitalised after being stung by the creatures, an Egyptian health ministry official told local newspaper Al-Ahram on Saturday.

“Hospitals across the governorate have raised the state of utmost preparedness,” Al-Ahram reported.

Doctors were “recalled” from administrating vaccinations so they could help treat the injuries, the newspaper said.

The antivenom is available at hospitals and medical units across Aswan, and extra amounts have been sent to medical units in villages in mountainous and desert regions, they reported.

Egypt is home to one of the world’s most deadly scorpions – the fat-tailed scorpion – which can kill humans in under an hour.

The species has a large pincer and a long tail with a stinging spine.

Symptoms from its sting include difficult breathing, muscle twitching, and unusual head movements.

#Egypt : Health official in Aswan has told BBC that the heavy thunder & hail storm there washed scorpions into the streets & people’s homes – causing 400 people to be stung – in the rains scorpions seek refuge anywhere they can… #أسوان #مِصر
pic.twitter.com/zGbWzTNMQn
— sebastian usher (@sebusher) November 13, 2021

The heavy storms in Egypt also caused power cuts and damaged infrastructure and trees in the southern city.

Egyptians were ordered to stay at home and avoid areas with trees.

Key transport routes were temporarily closed until early on Saturday, such as ships in the River Nile from Aswan until Edfu as well as highways.

Heavy rain is expected over the next few days in parts of South Sinai and southern Egypt.