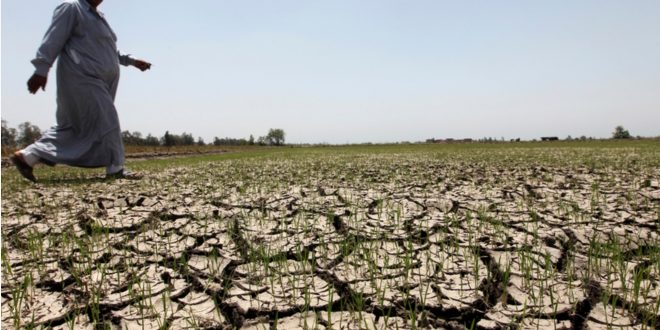 Reda Hassanein is counting his losses after a disappointing harvest season.

The Egyptian farmer only collected six tonnes of olives from his 60-acre farm, located in a desert area between Egypt’s capital Cairo and the northeastern province of Ismailiya – a fraction of what he collected last year.

“This is a huge loss,” Hassanein told Middle East Eye. “It is far larger than I can withstand.”

With an annual output of 450,000 tonnes, Egypt is the world’s second-largest producer of table olives after the European Union. The populous Arab country has dedicated 240,000 acres of its farmland for olive cultivation this year, somewhat more than in 2020.

But this year’s production is expected to only be a fraction of previous years’ harvests – which scientists are attributing to climate change, whose impact on Egyptian agriculture is only expected to worsen in coming years.

Most of Egypt’s olive farms are concentrated in desert areas, including the Sinai, the northwestern coastal city of Marsa Matrouh, and in the New Valley province in the Western Desert.

Olive harvest season typically starts in September and lasts through November – but weather in the country is becoming hotter in the summer and colder in the winter, taking a heavy toll on olive production.

“Weather conditions are becoming more severe these years,” Mohamed Fahim, the head of the Climate Change Centre affiliated with the Egyptian Ministry of Agriculture, told MEE. “This is having a very strong effect on the agricultural sector as a whole.”

Specialists estimate that olive production dropped by more than 30 percent this year due to factors largely blamed on climate change, especially when it comes to types of olives not native to Egyptian soil.

In addition to affecting farmers like Hassanein, the poor harvest has also led to a rise in the prices of olives in the local market.

One tonne of olives now sells for $827 on the local market, up nearly 45 percent from $573 last year according to the head of the Farmers’ Union Hussein Abu Saddam.

Olives are not the only Egyptian crop to be affected by global warming, as the agriculture sector is particularly vulnerable to environmental changes affecting farmers’ livelihoods and putting the country’s food security at risk.

Egypt watched in shock a few months ago as it saw most of its mango harvest shrivel and lost due to a summer heatwave. Some of the farms in the mango hub of Ismailia lost 60 percent of their fruit, wreaking financial devastation on farmers.

The list of crops that are expected to fall victim to climate change will only grow longer, specialists warn.

“Climate change will take a very heavy toll on a large number of crops in our country,” Ahmed Helmy – a senior researcher at the government-run Horticulture Research Institute, which advises the government on best agricultural practices – told MEE.

Some crops will have to be cultivated earlier or later than usual because of rising temperatures in the summer, while others may disappear altogether, Helmy said.

While scientists have been talking about the devastating impact of global warming for years now, Egyptian authorities had not taken any serious steps to address the issue until very recently.

The National Climate Change Council was created in November 2015 with the stated goal of formulating a comprehensive strategy for adapting to climate change, including action plans and budgets for state agencies to implement this strategy.

Until 2018, however, not a penny of Egypt’s budget for action on climate change had been allocated, according to the former head of the parliamentary committee on budget and planning Hussein Essa.

As of April, Environment Minister Yasmeen Fouad issued a list of Egypt’s environmental priorities – including protecting the coastline, water resources and farmland from the expected effects of global warming.

Nevertheless, she alluded to difficulties in financing the plan, and called on global powers to provide aid.

Climate change is expected to hit Egypt hard in the coming decades, with the rise in sea levels expected to submerge this country’s coastal cities and leave low-lying parts of the Nile Delta in ruin.

Some estimates warn that almost 15 percent of Egypt’s 10 million total acres of farmland could be submerged in the Nile Delta, the epicentre of food production in the country.

“Six of the most important regions of the Delta will be affected by rising sea levels,” Fahim said. “This very scenario will increase the salinity of the soil, which will also be destructive.”

“The amount of rainwater that used to fall on our country in a month can fall in two hours,” the minister told a local television channel on 23 October. “This will lead to flooding and the collapse of buildings.”

Abdel Ati revealed that Cairo had allocated $50bn over the next 20 years for a national water plan, which will include seawater desalination and sewage treatment.

Heavy rains and floods have already become a fact of life in some parts of Egypt, especially along the coast.

The government is already carrying out several projects for the protection of the coasts and the Nile Delta.

The nation’s research centres are also actively looking into how to adapt to increased water salinity and hotter temperatures in order to mitigate their negative effects on agriculture.

In the meantime, farmers like Hassanein find themselves in the eye of the storm.

The Egyptian farmer had pinned his hopes on this year’s olive harvest to repay some of his debts to a state-run bank, which lends farmers money at a low interest rate, and solve some of his children’s financial problems.

“The loss is dashing all these hopes,” Hassanein said.

While he had anticipated early on this year that the summer heat would affect the harvest, there was little he could do. 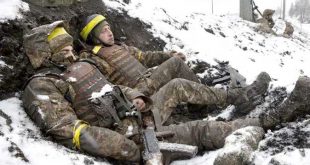