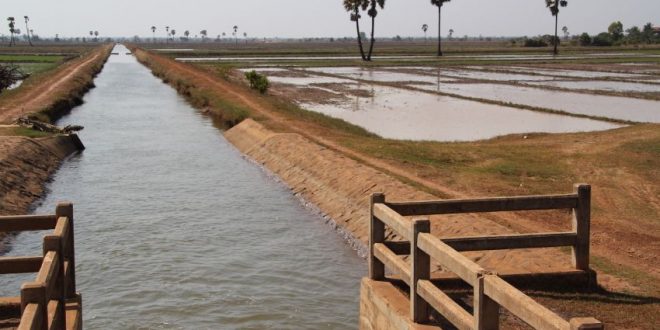 Water-scarce Egypt aims to more than quadruple desalination capacity by granting private companies concessions from its sovereign wealth fund to build 17 plants over the next five years with sustainable solar energy , Reuters reports.

The plan fits into Egypt’s push to diversify its sources of fresh water for a fast-growing population as it faces competition for Nile River water from the giant hydropower dam that Ethiopia is building upstream.

The new concessions are designed to encourage private investment and technological development, both areas in which the Arab world’s most populous country has struggled.

Investment in new desalination plants would be kick-started with the government guaranteeing to buy the water and re-sell it to domestic and industrial consumers at a steep discount that would entail a large subsidy, according to fund chief executive Ayman Soliman. He declined to estimate the size of the subsidy.

The military, which under President Abdel Fattah Al-Sisi has been used to spearhead infrastructure development, has already built 27 desalination plants and private firms have installed some in resorts along Egypt’s arid sea coasts.

Under the 25-year concessions, firms would bring in their own construction contractors and use high-yield renewables for energy. So far investor response has been strong, Soliman said.

It is estimated that the Egyptian army owns some 40 per cent of Egypt’s total GDP and owns construction firms, cement plants, hotels and invests in key sectors including tourism.

“We’ve received offers to build whatever capacity we need. There is investor appetite to build three times as much.”

The wealth fund hopes to reduce an estimated capital cost of around $1,000 per cubic metre of desalted water by 20-25 per cent by employing renewable energy, economies of scale in plant construction, and creative financing, including green finance.

“If you live in a compound, you’re talking about 13 to 18 [Egyptian] pounds [$0.83-$1.15] per cubic metre, while the government tariffs are a tenth of that. There is a massive subsidy that is being built in,” Soliman said.

The subsidy would be built in as the difference between the cost the government will pay the concession owners for the water and the amount the end-consumer pays.

“Nile water is very cheap, but you want to diversify your reliance on sources of water,” he said.