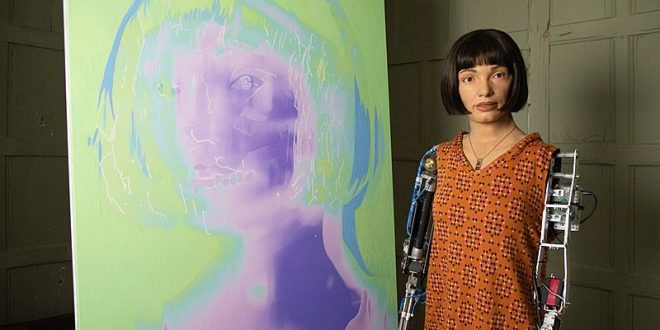 A hyper-realistic robot called Ai-Da was detained by Egypt customs over concerns of espionage as she travelled to the country to exhibit her art.

She and her sculpture were flown to Cairo in specialised flight cases ahead of the “Forever is Now” exhibition, which runs until 7 November.

According to Aidan Meller, one of the creators of Ai-Da, the border guards were concerned that she had a modem – a hardware device that converts data from a digital format – and cameras in her eyes, which she uses to draw and paint.

“I can ditch the modems, but I can’t really gouge her eyes out,” Meller told The Guardian.

“The British ambassador has been working through the night to get Ai-Da released, but we’re right up to the wire now. It’s really stressful.”

Ai-Da was eventually released on Wednesday night, just before her exhibition, presented at the Great Pyramid of Giza, was due to commence.

“Let’s be really clear about this. She is not a spy. People fear robots, I understand that. But the whole situation is ironic, because the goal of Ai-Da was to highlight and warn of the abuse of technological development, and she’s being held because she is technology,” Meller said.

“Ai-Da would appreciate that irony, I think.”

A group of roboticists, psychologists and art experts came together to build Ai-Da, who is named after the world’s first computer programmer and pioneer Ada Lovelace.

The project cost millions of dollars, and Ai-Da is constantly being updated as AI technology improves.

Her robotic arm was developed by Salah Al Abd and Ziad Abass, and her silicone face was designed by researcher Lucy Seal and digital artist Alex Kafoussias and ​3D designer Tim Milward.

Ai-Da’s work has been exhibited at museums and galleries around the world, including London’s Victoria and Albert Museum and Design Museum.