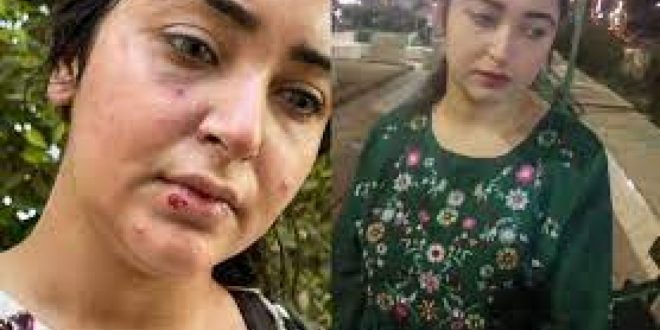 Egyptian rights groups have called for the immediate release of a 27-year-old woman pharmacist, who was allegedly beaten by colleagues for choosing not to wear the Islamic hijab.

Security forces reportedly detained Isis Moustafa on 16 October and kept her in custody until she appears before the state security prosecution in Sharqiyah province, northeastern Egypt, four feminist and human rights groups said in a statement.

Moustafa has been accused of “spreading false news and involvement in a terrorist group” and remanded in custody for 15 days, pending further investigation into the charges against her, the groups added.

According to local news reports, Moustafa was accused of “stirring” public opinion saying the video alleging the assault was posted after she had reconciled with her colleagues.

Earlier this month, a video was posted on social media showing Moustafa allegedly being beaten, dragged on the floor, and having her hair pulled by female colleagues at a public medical facility she worked for.

Moustafa appeared at the end of the footage, which has been shared widely on social media, narrating her ordeal and accusing her colleagues of persecution and bullying because she is “Muslim, but unveiled”.

On 12 October, Sharqiya Governor Mamdouh Ghorab received Moustafa at his office to apologise to her in person, ordering a full investigation into the incident.

The full details behind Moustafa being treated as an accused rather than a victim remain unclear.

Her lawyer-to-be, Khaled Ali, told The New Arab that he is not authorised to comment on the case or the charges against her until he receives power of attorney from her family.

Gender and SecurityJustice
All
2021-10-21
asaeid
Previous Turkey and its drones in Africa – a switch to hard power?
Next Egypt must end state oppression of women and girls