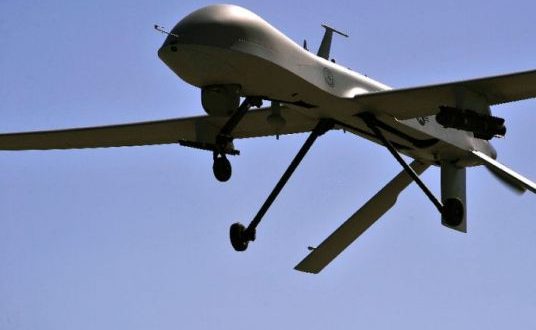 Turkish-made Bayraktar TB2 drones, touted as a game-changer for Ankara’s allies in the Libya and Nagorno-Karabakh conflicts, appear bound for further showing in African skies, but not without the risk of complicating Turkey’s foreign ties, primarily its fledgling bid at fence-mending with Egypt.

Ethiopia — long at loggerheads with Egypt over a giant dam on the Blue Nile — has reportedly joined Algeria, Morocco, Nigeria and Rwanda as a potential African buyer of the TB2 drones, manufactured by a company owned by President Recep Tayyip Erdogan’s son-in-law and thus widely regarded as a family business. Reuters reported last week that Turkey had negotiated a deal with Ethiopia that could include also spare-part guarantees and training. Details remain unknown as both sides have kept silent on the issue.

Morocco, meanwhile, received its first batch in mid-September after ordering 12 TB2s in May and sending staff to Turkey for training during the summer, according to local media.

Turkey’s intention to supply armed drones to Ethiopia amid its quest to normalize relations with Egypt raises questions over the strategic wisdom behind the sale. Is Ankara making an imprudent move that would undermine its dialogue with Cairo? Or does it see military cooperation with Ethiopia as a tactic to pressure Egypt for concessions? Or does it believe the sale would cause no friction with Egypt, given that Cairo sees the conflict in Tigray — the potential usage area of the drones — as an internal matter of Ethiopia?

Two Egyptian security sources told Reuters that Cairo had asked the United States and some European governments to help it freeze any drone deal between Turkey and Ethiopia, while a third Egyptian official said the issue would have to be clarified in bilateral talks. A source close to the Turkish government, meanwhile, told Al-Monitor the deal was progressing faster than expected, stressing Ankara does not anticipate Cairo will react in a way that derails the bilateral dialogue.

Addis Ababa’s rapprochement with Ankara has proceeded against the backdrop of two major predicaments. First, it is bent on completing the Grand Ethiopian Renaissance Dam (GERD), which has fueled a water-sharing row with Egypt and Sudan for a decade. Diplomatic efforts to resolve the crisis have proved futile. Second, Addis Ababa has sought to enhance its military capabilities to suppress separatist rebels in its Tigray region. In a move seen as an effort to pave the way for military cooperation with Turkey, Addis Ababa has heeded Turkish calls to transfer schools run by the Gulen movement, which Ankara blames for the 2016 coup attempt, to a foundation affiliated with the Turkish government. For Erdogan, in turn, rapprochement with Ethiopia has offered an opportunity to advance his policy of opening up to Africa.

From Cairo’s perspective, a military dimension in Turkish-Ethiopian ties would be an unwelcome development that might weaken Egypt’s military deterrence in the region. The foremost factor that compelled Cairo to accept Ankara’s offer for normalization earlier this year was the decisive position that Turkey had gained in Libya by backing the Tripoli government. For Cairo, the Turkish presence in Libya became a national security issue.

A Turkish posture that would embolden Ethiopia in the dam crisis would be similarly challenging for Cairo. It remains unknown whether Turkey’s plan to sell armed drones to Ethiopia came up during the second round of normalization talks between Turkish and Egyptian officials in September.

For Egypt, Turkey’s involvement in conflicts in the Middle East and North Africa has become a fundamental issue of concern. Ankara, for its part, has shown no qualms about selling weapons to conflict zones. Earlier this year, for instance, Foreign Minister Mevlut Cavusoglu countered Russian warnings over Turkey’s drone sales to Ukraine by saying Turkey is ready to sell drones to Russia as well.

Ankara could put on a similar attitude if the issue comes up in negotiations with Egypt. And despite the optimism in Ankara, the normalization process with Egypt might well come to be at risk should it proceed with a drone sale to Ethiopia. Figures close to the government have repeatedly argued against any Turkish involvement in the GERD crisis.

According to Aydin Sezer, a former commerce attaché at the Turkish Embassy in Cairo, Ankara could hardly gain any leverage against Cairo if it sees the drone talks with Addis Ababa as a card of pressure. Ankara, he argued, is short of the capacity to come up with a strategy squeezing Cairo.

“The Turkish side is in a weak position,” Sezer told Al-Monitor, referring to the normalization talks. “Let alone giving concessions, the Egyptians are not trying to extract any. They are mostly listening to the Turkish side and want to see the steps Ankara will take. The process remains far from the mutual appointment of ambassadors,” he added.

Moreover, Ankara’s approach to Cairo is flawed, Sezer said, pointing to the Turkish argument that Egypt would have gained a larger economic zone in the Eastern Mediterranean had it made a maritime delimitation deal with Turkey rather than the Greek Cypriots. “This has greatly irritated the Egyptians. They react like ‘Do you think we are stupid or a third-class country?’ and say the Egyptian Foreign Service has nothing to learn from its Turkish counterpart,” he said.

Egypt’s misgivings have to do also with the timing of Turkey’s rapprochement with Ethiopia, which began after Ankara’s acrimonious fallout with Cairo over the Muslim Brotherhood’s ouster in 2013. The process saw Turkish offers to share dam-building and irrigation expertise with Ethiopia and Egyptian allegations that Turkey and Israel were behind the Renaissance Dam.

As for the prospect of Ethiopia using the drones to fight separatists, any anticipation that this argument would remove Egypt’s concerns appears too optimistic.

In July, amid escalating clashes in Tigray, reports circulated that Addis Ababa had received 10 surveillance drones from Ankara, a claim the Turkish Embassy denied.

The rebel forces in Tigray had seized the regional capital, Mekelle, in June, which apparently prompted the Ethiopian government to seek closer ties with Turkey and make a request for the TB2s as an efficient and low-cost weapon to tip the military balance on the ground. Ethiopian Prime Minister Abiy Ahmed signed three deals on military cooperation during a visit to Ankara in August.

According to Reuters, Turkish defense and aviation exports to Ethiopia rose to $51 million in the first three months of 2021 from $203,000 in the same period last year. The agency reported a jump in August and September, without specifying figures.

Ethiopia’s use of Turkish armed drones in Tigray could trigger fresh trouble in Turkey’s foreign affairs, beyond the potential tensions with Cairo. Following a UN meeting on Ethiopia in September, Britain, France, Germany and the United States called for an end to hostilities in Tigray, the resumption of talks and unhindered humanitarian access to the region. Washington raised the specter of sanctions. In a move that further fueled the tensions, Addis Ababa expelled seven UN officials in retaliation for criticism that it is blocking humanitarian aid to Tigray.

To top it all, the patriarch of Ethiopia’s Orthodox Church has decried the government’s actions in Tigray as “genocide.”

All those developments show that Ankara would have tough questions to answer to the international community should it proceed with selling armed drones to Addis Ababa.

Similarly, Turkey’s military cooperation with Morocco could sour its ties with Algeria as the two North African countries remain at odds over the disputed territory of Western Sahara.

On Oct. 17, Erdogan embarked on a tour of Angola, Togo and Nigeria, with the armed drones expected to be on his agenda again. Speaking ahead of Erdogan’s visit, the governor of Nigeria’s Zamfara state announced plans to acquire armed drones from Turkey. Nigeria has been in talks also with Turkish company Roketsan to buy munitions. 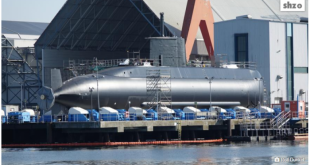