Home / Normal / Would Egypt Go to War Because of The Nile Dam? 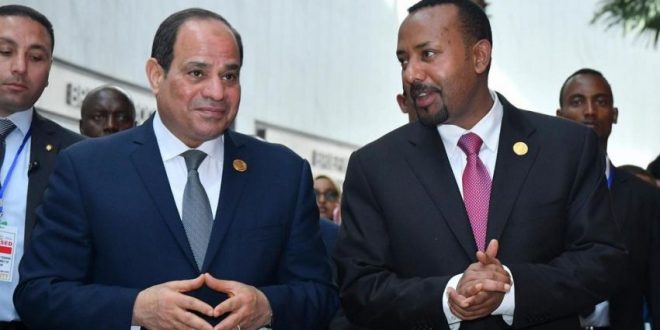 Would Egypt Go to War Because of The Nile Dam?

Egypt’s Minister of Water Resources and Irrigation Mohamed Abdel-Aty revealed that talks over Ethiopia’s Renaissance Dam are almost at a standstill.

Cairo demands a clear mechanism, a specific timeframe and international observers with regard to reaching a fair agreement on the filling and operation of the dam, he added, stressing the need for Ethiopia to prove its seriousness.

“Egypt won’t wait for severe damage to occur, and whoever causes the damage bears the responsibility,” he said.

Abdel-Aty added that Egypt is ready to deal with any emergency regarding the water sector, and that it believes in development for itself and all Nile Basin countries. State agencies are coordinating to deal with the issue of the dam, he said.