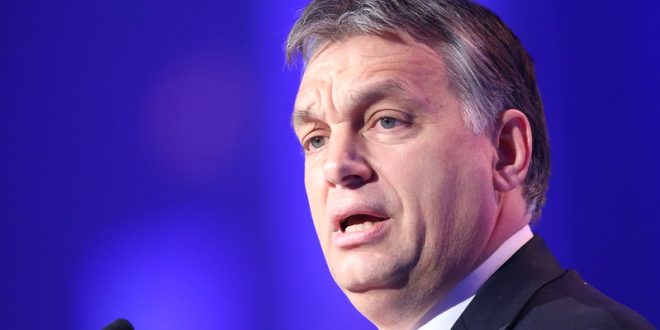 Slovak Prime Minister Eduard Heger agreed that “Egypt was one of the most important partners in the Middle East” in terms of fighting terrorism and stopping migration.

Orban told leaders from Poland, Slovakia, Hungary, and the Czech Republic that it is in the EU’s best interest to help strengthen Egypt’s defence including border controls reports Egypt’s state-run Al-Ahram.

Orban also called on the EU to adopt Egypt’s list of terrorists and terrorist organisations and lift restrictions in place on equipment for Egypt for border protection.

Egypt regularly charges human rights defenders with being terrorists and uses this as a pretext to hold them in pretrial detention where they are systematically tortured and denied medical care.

The EU is preventing the transfer of €120 million ($138.8 million) of funding for Egypt. “We urge the European Commission to transfer this €120 million to Cairo as soon as possible and drop all fake and artificial political preconditions tied to this financial support,” said Orban.

The European Commission may suspend financing agreements to beneficiaries if they breach any obligation to human rights.

Hungary’s own refugee policy is in breach of human rights conventions and EU regulations, for example, asylum applicants staying in container barracks representing high-security prisons are rarely given food and have no access to buy it themselves.

For his part Egyptian President Abdel Fattah Al-Sisi said Cairo needs help to improve its political and economic situation, not to be called out on human rights.

In the past, the Egyptian president has denied that there are political prisoners in the country despite a wealth of reports estimating there are 65,000.

Immigration has been one of the key issues Egypt has sold itself to the West on for maintaining a relationship with, despite calls to hold it to account by cooling down the relationship, over its rights violations.

In 2018 EU leaders entered talks with Egypt over cooperation to reduce the number of migrants entering Europe from Africa. A migration deal was offered to Egypt at the Salzburg summit in exchange for a promise for increased cooperation from the EU.

Earlier this month plans emerged for a secret cooperation deal between Egypt and Italy under which Cairo will accept returned refugees attempting to reach Europe in exchange for military and security incentives from the European country.

Sources who reported the cooperation agreement said that Egypt has not come under intense scrutiny and condemnation over its rights violation record because of the deal.

International Relations and Cooperation
All
2021-10-13
asaeid
Previous Would Egypt Go to War Because of The Nile Dam?
Next Arms trade: UK exporting tear gas to Middle East authoritarians