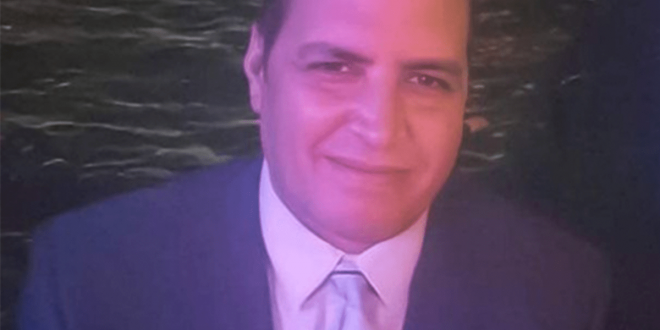 The death of businessman Khaled Al-Adawy is “considered premeditated murder” as he was forcibly disappeared, tortured, and denied medical treatment, the Egyptian Network for Human Rights said.

Khaled, 51, owned the Pancho Readymade Garments Factory from which he was arrested in July and taken to the National Security headquarters where he was interrogated, beaten, tortured by electric shock, and verbally humiliated.

The ENHR found that he was tortured by a National Security Officer who goes by the name of Abdel Rahman, another known as Ahmed, and police secretary Ahmed Hanafi.

Khaled’s health deteriorated because of the torture yet his requests for medical help were denied until eventually he was transferred to hospital.

He was brought before the Supreme State Security Prosecution despite continuous vomiting and diarrhoea where they ruled that he should be detained for a further 15 days rather than go to hospital.

The decision to detain him further in Omrania Police Station in Giza was “a death sentence” ENHR said, due to the severe overcrowding, bad ventilation, and heavy cigarette smoke there.

Khaled died on 2 August and was buried in his hometown of Assiut on 3 August. His death certificate stated that he died after his blood pressure dropped and his kidney failed, despite the fact that there were clear signs of torture on his body.

In a statement ENHR said: “The network confirms that what happened to him is considered premeditated murder by detaining a citizen unofficially and in unofficial places, forcibly hiding him, torturing him, and preventing him from his right to obtain his freedom and his right to treatment and appropriate medicine, which caused his death.”

Detention
All
2021-10-13
asaeid
Previous A new chapter in Egypt-Israel normalisation?
Next Would Egypt Go to War Because of The Nile Dam?