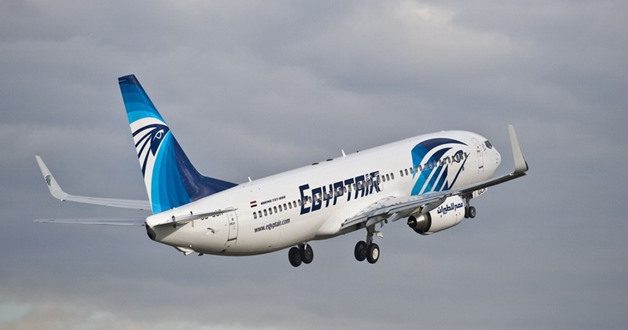 A new chapter in Egypt-Israel normalisation?

In what Egyptian activists described as a new chapter of Egypt-Israel normalisation, the first-ever commercial flight by the national airliner EgyptAir landed in Tel Aviv’s Ben Gurion airport on 3 October.

Both countries agreed that four EgyptAir flights will fly to Tel Aviv weekly. Since the 1980s, the only flights between Cairo and Tel Aviv have been operated by unmarked planes – under the company Air Sinai, a subsidiary of EgyptAir, unfamiliar to many Egyptians without the country’s flag.

According to political sociologist Dr Said Sadek, Egypt is picking up on regional trends and alliances in a bid to subtly send a message to US President Joe Biden, Israel’s main ally, with whom Egyptian President Abdel-Fattah El-Sisi has had a tense relationship.

Observers believe that Cairo has been working on leveraging its diplomatic power to restore its regional clout after feeling that normalisation agreements between Israel and other key actors, such as the United Arab Emirates (UAE), have threatened its influence in the Middle East.

This theory was quite clear in May when Egypt successfully brokered a ceasefire to end the devastating conflict in Gaza, which left 274 Palestinians, including 66 children, and 12 Israelis dead, and saw over 1,000 homes in Gaza destroyed and up to 50,000 Palestinians displaced by Israeli bombardments.

EgyptAir flights to Israel came almost three weeks after Sisi hosted Israeli Prime Minister Naftali Bennett in the Red Sea resort of Sharm El-Sheikh on 13 September, the first visit to the country by an Israeli premier in over a decade.

Both Sisi and Bennett discussed several topics, including the peace process between the Israelis and Palestinians and the reconstruction of the Gaza Strip.

While Israelis hailed the move as a cause for celebration, Egyptian social media reacted with satire, especially since it came three days prior to the 1973 October War anniversary.

One Twitter user wrote sarcastically: “On the occasion of the anniversary of October [war], it’s as if Egypt apologises for the airstrike [by] landing an Egyptian flight in Tel Aviv.”

Another tweeted in a similar tone: “Marking Sisi’s victory over Israel on October 6, he gave orders to send direct flights to Tel Aviv.”

However, Sadek believes that social media has become less effective in recent years.

“Even though anti-Israel sentiments remain among Islamists and pan-Arabists, the general public tends to be less vocal,” political sociologist Dr Said Sadek told The New Arab.

“Egyptian activism has lost its edge. The so-called online activists have been failing to mobilise against Sisi since 2013,” he added.

The relationship between Egypt and Israel has always been rather complicated. Despite a technical state of peace with Israel since the late 1970s, the Egyptian public has been at loggerheads with their country’s successive regimes over normalisation.

Ordinary Egyptians view Israel as a coloniser of Palestine since the 1948 war, an oppressor of the Palestinian people, and a former occupier of Egypt’s Sinai Peninsula.

On the other hand, diplomatically and commercially, the regime has been treating the self-proclaimed Jewish state as a friendly country with which it has strong ties in several areas.

However, four years ago, the Egyptian parliament, known for being loyal to Sisi, sacked MP Tawfik Okasha for hosting the Israeli ambassador at his home over dinner.

In 2018, controversial English literature professor Mona Prince was also fired from Suez university for attempting to engage in cultural activities with the Israeli embassy. Her photo with the Israeli ambassador angered social media activists.

In 2014, a year after the Egyptian army overthrew late Islamist president Mohamed Morsi, Sisi fostered warmer ties with Israel, advocating the two-state solution and co-existence between Palestinians and Israelis.

“I tell the Palestinian people it’s extremely important … to overcome the differences and not to lose opportunities and to be ready to accept co-existence with the other, with Israelis in safety and security,” said Sisi in his speech at the United Nations General Assembly back in September 2017.

“We have an excellent experience in Egypt in peace with you for longer than 40 years,” he added, addressing the Israelis.

The looming question now is whether Sisi’s attempts are effective or even genuine.

“The Palestinian problem has no solution, just a settlement and an endless ceasefire… Neither is there a military solution. Both Iran and Turkey will never enter into a war with Israel,” Sadek argued.

“Gaza and the West Bank are too poor to sustain an independent state and the Palestinians know this, [while] Sisi and all regional leaders [also] know there is no solution nor economic basis for any Palestinian state,” he added.

“All the talk about a two-state solution is nothing but rhetoric for domestic consumption for the masses,” Sadek concluded.